"Maybe you have not watched Lagaan," said Aamir Khan 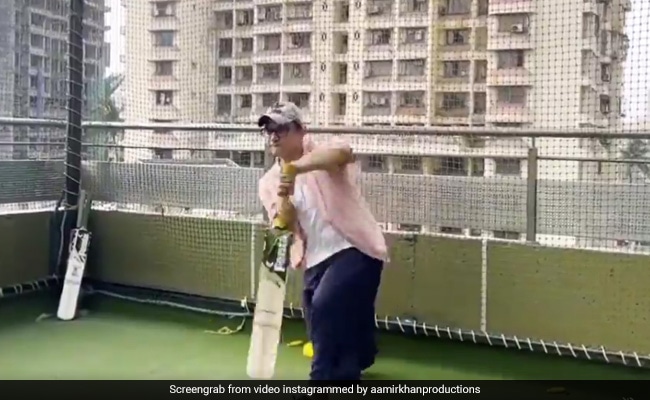 Aamir Khan in a still from the video. (courtesy: aamirkhanproductions)

Aamir Khan, when not found dubbing for his upcoming film Laal Singh Chaddha, is seen playing cricket these days. He posted a video of himself playing cricket. (Do note that his footwork was pretty good). He tagged former cricketer and coach Ravi Shastri in the video and he said, "Ravi I am a little disappointed that you did not like my footwork. Maybe you have not watched Lagaan. Do watch it again. Any team would be lucky to have me. Recommend me properly. It will be fun. You wanted footwork right, see this." The caption on the video shared by Aamir Khan Productions read: "When the boss demands, you deliver. Aamir Khan has begun working on his footwork. Ravi Shastri, toh selection pakka samjhe na?"

Aamir Khan's love for sports needs no introduction. The actor famously starred in sports films like Lagaan and Dangal. Lagaan showcased the story of a small village where the locals were oppressed by high tax rates. The officers and the locals play a game of cricket as a wager to avoid taxes. The team led by Bhuvan (Aamir Khan) emerges victorious. Lagaan went on to become one of the biggest hits and emerged as one of the most iconic films in the history of Indian cinema.

Last month too Aamir Khan posted a video of himself playing cricket and he jokingly asked: "IPL mein chance hai kya (is there any chance to play in the Indian Premier League)?" ICYMI, this is the video we are referring to: