Aamir Khan Didn't Get The Delete Facebook Memo. In Fact, He Went Live

Aamir Khan, unlike his colleague Farhan Akhtar, did not delete his Facebook account but, rather went live 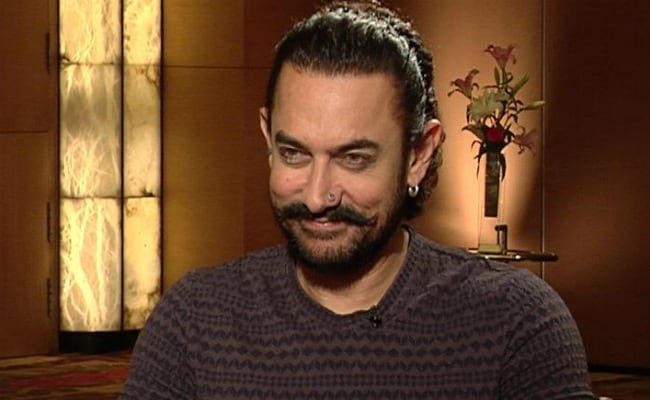 New Delhi: Superstar Aamir Khan, unlike his colleague Farhan Akhtar, did not delete his Facebook account but rather went live. On Tuesday morning, Farhan Akhtar announced via a tweet that he is deleting his Facebook account without stating a reason. It is being assumed that he deleted his account in the wake of the hashtag '#DeleteFacebook' movement, which has been trending for a while now. (But more on that later). Aamir used his Facebook to enlighten the viewers about water conversation and spoke about Paani Foundation, which is working to resolve water conversation issues in the drought-affected areas of Maharashtra. He was speaking from Katgun village in Maharashtra, the birthplace of Mahtama Jyotirao Phule. Paani Foundation has been formed by Aamir Khan and wife Kiran Rao.

He added that on May 1, his team has organised a Shram Daan campaign for drought-stricken villages of Maharashtra, where people can help and contribute.

Aamir, who returned from Jodhpur on Monday, is currently visiting all the drought-affected villages of Maharashtra, meeting people and educating them about water conservation. Kiran Rao also accompanies him on these tours.

Of his show Satyamev Jayate, he said that team is working on some topics related to water conversation since three years and hence, the show hasn't aired for so long.

The #DeleteFacebook movement started after reports stated that Facebook secretly shared the personal information of over 50 million users, without their consent. This prompted several users to delete their accounts. Elon Musk, boss of Tesla and SpaceX, deleted the Facebook accounts of both his companies. Meanwhile, Farhan Akhtar's 'FarhanAkhtarLive' page, which he uses to update about his concerts and events, is still active.
Comments
Aamir khanaamir khan facebook