Farhan Akhtar Deletes His Facebook, Doesn't Say Why. We Think It's Because Of Data Scandal 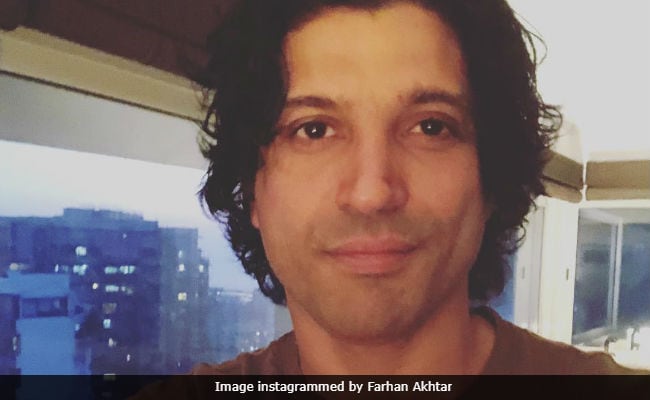 New Delhi: Farhan Akhtar on Tuesday announced that he has deleted his personal Facebook account via a tweet and that his verified Facebook page, 'FarhanAkhtarLive' (which he uses to update about his concerts and events), is still active. The Rock On! star did not state a reason for deleting the account on Twitter but it appears to be in the wake of the hashtag "#DeleteFacebook," which has been the top trend across social media platforms for a while now. A Guardian report stated that Facebook stored and secretly shared the personal information of 50 million users, without their consent, prompting several users to delete their accounts from the social networking site. Farhan Akhtar, it appears, is one of them. Also, Elon Musk, boss of Tesla and SpaceX, deleted the Facebook pages of both companies last week.

This is what Farhan Akhtar tweeted:

Good morning. This is to inform you all that I have permanently deleted my personal Facebook account.

However, the verified FarhanAkhtarLive page is still active.

Facebook owner Mark Zuckerberg admitted last week that the scandal over privacy flaws was "a major breach of trust." The data was shared with US-based election consultancy firm, Cambridge Analytica, which even has a link to Indian political parties BJP and Congress.

While deleting their accounts, several users discovered that Facebook has made it difficult for them to permanently delete their account and it instead pushes them towards "deactivation." Some comments on Farhan's tweet read:

How? It doesn't get deleted. It's got deactivated only. Please suggest

How? I could only see option to deactivate, how did u delete ur account permanently?

Unlike Farhan Akhtar, who maintained separate personal and professional Facebook accounts, many Bollywood celebrities such as Shah Rukh Khan, Salman Khan, Aamir Khan, Akshay Kumar, Katrina Kaif and Priyanka Chopra have only one Facebook account, which they use for the promotion of their upcoming projects and for their personal purpose.