Aamir Khan Cuts His Birthday Cake, Seals It With A Kiss For Wife Kiran Rao

On the morning of his 53rd birthday, Aamir Khan met the media at his Bandra home 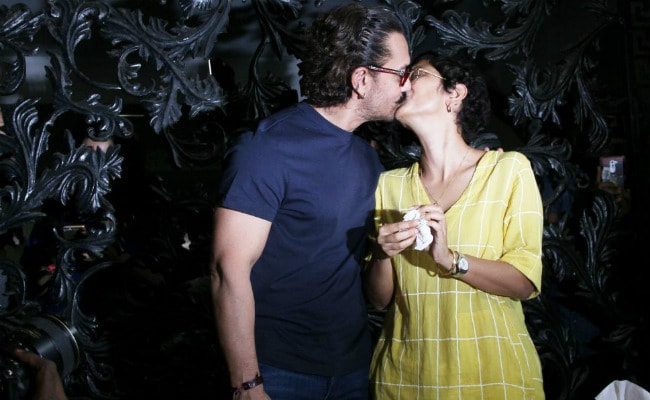 Aamir Khan and Kiran Rao at their Bandra residence

New Delhi: Happy birthday, Aamir Khan! On Wednesday morning, the Dangal actor blew out candles on his birthday cake with his wife Kiran Rao by his side. Aamir actually dedicated part of his birthday to the media and the paparazzi, who had gathered to meet the 53-year-old actress at his Bandra residence. Dressed in a blue tee and denims, Aamir had his hair pulled back in typical Thugs Of Hindostan style - he also sported kal baalis and a nose pin. Kiran Rao joined him in a yellow kurta and the duo made the cake-cutting session quite an adorable affair. 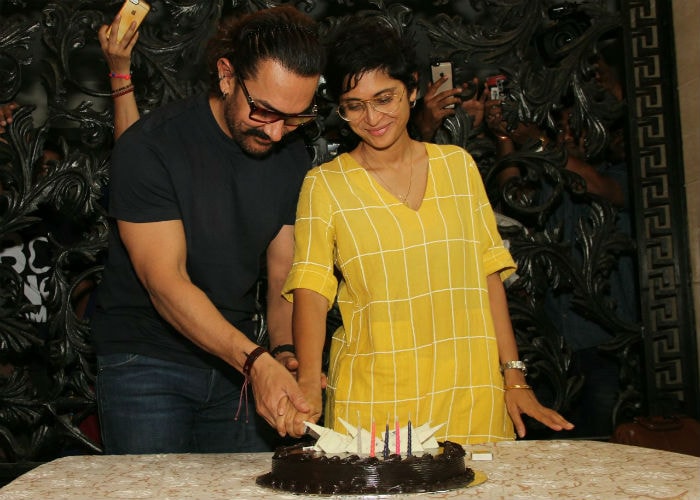 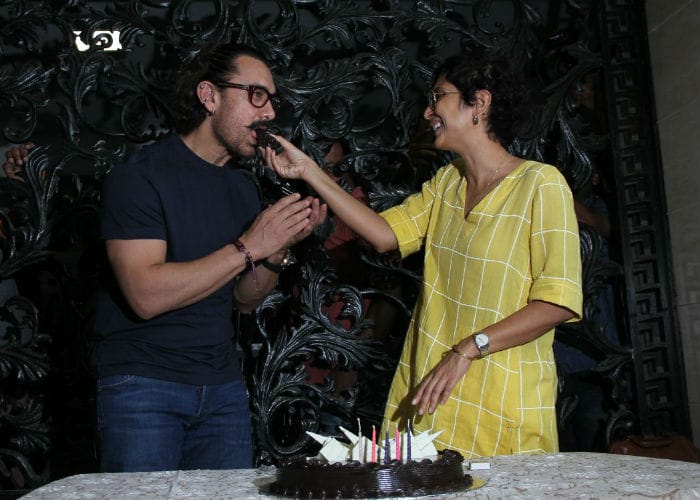 As the audience cheered for and wished Aamir, the actor and Kiran cut the cake together after which Kiran adorably treated Aamir with a piece of cake and he returned the favour. Aamir and Kiran also shared a kiss afterwards and sent the shutterbugs in a tizzy. 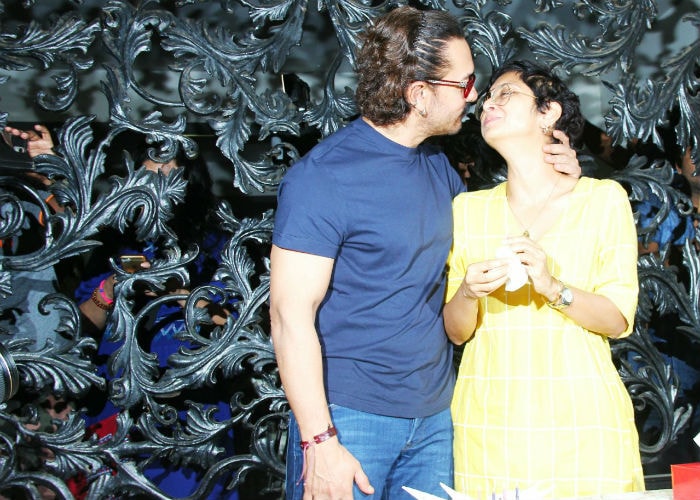 Aamir Khan and Kiran Rao are so adorable! 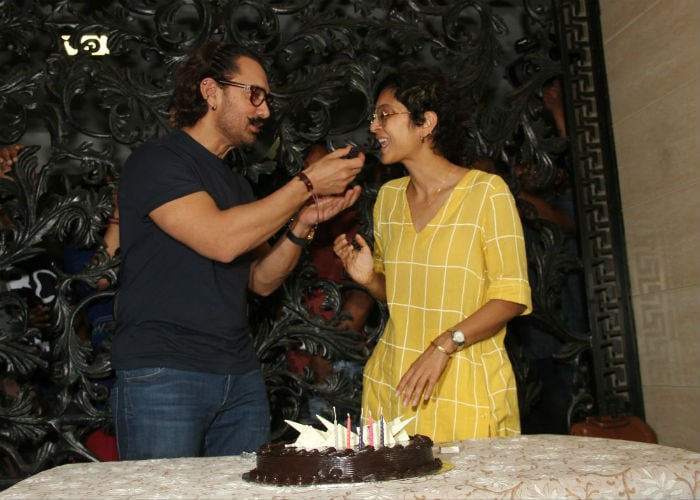 Earlier today, Aamir shared tweeted a video in which he thanked fans for the birthday wishes and said he will celebrate his birthday with his family:


Promoted
Listen to the latest songs, only on JioSaavn.com
On the eve of his birthday, Aamir Khan surprised fans and followers with a verified profile on Instagram. He made his Instagram debut today morning with a collage of his mother Zeenat Hussain's photo. "The person because of whom I am who I am," he captioned the photo. Within five hours of his first post, Aamir Khan garnered over 2,75,000 followers. On the work front, Aamir Khan is busy shooting for Thugs Of Hindostan, in which he will make his first onscreen appearance with Amitabh Bachchan (who is currently recuperating from neck and back pain). The Vijay Krishna Acharya directed film also stars Katrina Kaif, who has worked with Aamir in Dhoom 3. Thugs Of Hindostan marks Aamir's second movie with Fatima Sana Shaikh, who played Geeta Phogat in Dangal.
Thugs Of Hindostan releases this Diwali.
Comments
aamir khanaamir khan birthday