A Sunny Dress, A Sabyasachi Saree: Priyanka Chopra Is Twice As Nice For The Sky Is Pink Promotions

Priyanka made the most of Tuesday by spending the first half of the day in giving interviews and then by making an appearance on a dance reality show. 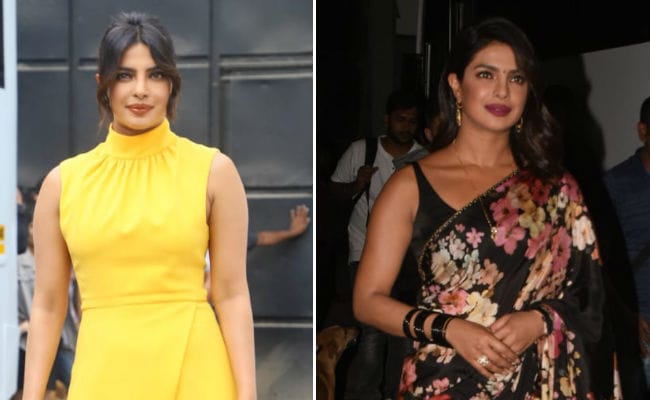 Priyanka Chopra for The Sky Is Pink promotions in Mumbai.

Priyanka Chopra arrived in Mumbai over the weekend and she jumped straight into the promotions of her upcoming film The Sky Is Pink, which she has jointly-produced with Siddharth Roy Kapur and Ronnie Screwvala. Priyanka, 37, made the most of Tuesday by spending the first half of the day giving interviews with the team of The Sky Is Pink - co-star Farhan Akhtar and director Shonali Bose included - and then, by making an appearance on dance reality show Dance Deewane, for which Madhuri Dixit is one of the co-judges.

For her first outing, Priyanka Chopra opted for a bright look in a yellow Christian Siriano dress paired with white Jimmy Choos. For the interviews round (as Priyanka explained on her social media accounts), Farhan, Shonali Bose and Siddharth Roy Kapur also joined her. 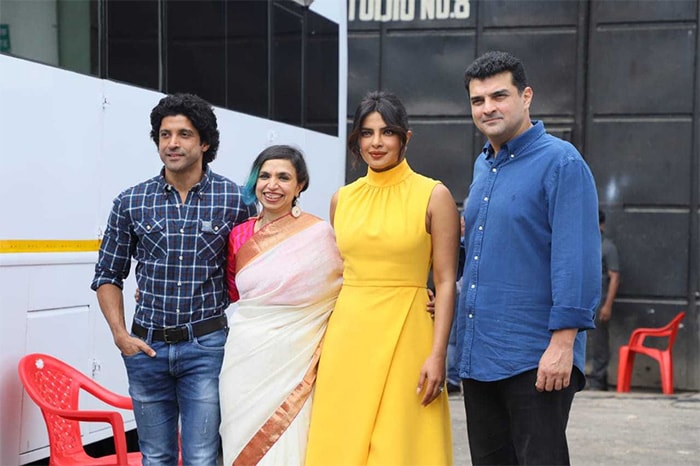 Priyanka Chopra with team the Sky Is Pink in Mumbai. 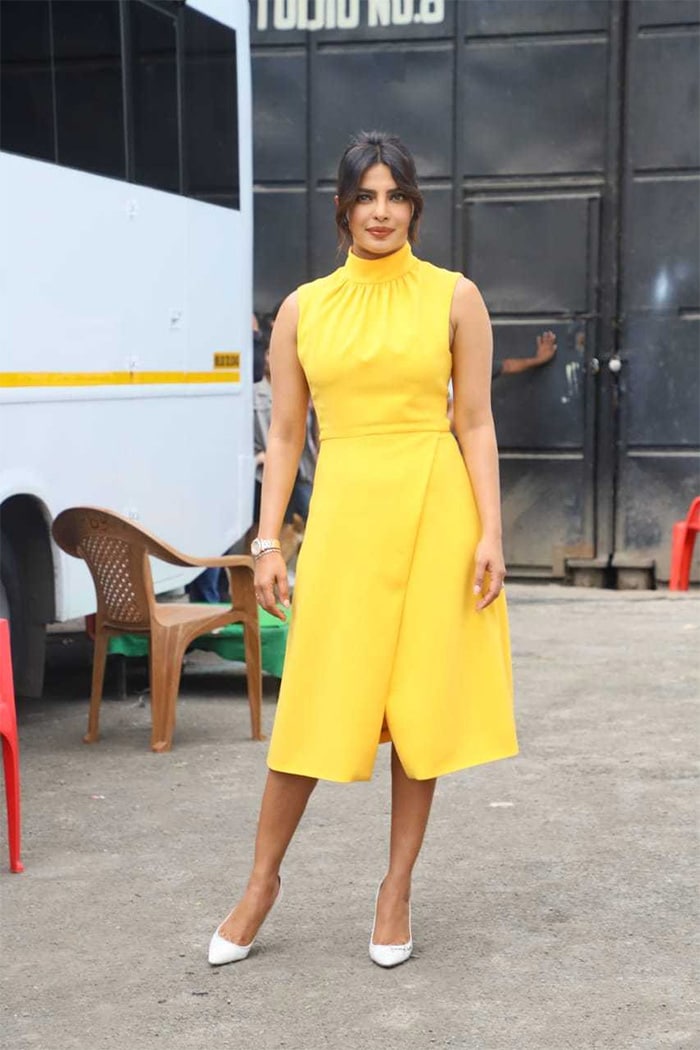 Later in the day, Priyanka Chopra changed into a floral printed saree by Sabyasachi to make an appearance on Dance Deeewane. She joined the finale shoot with Madhuri Dixit, filmmaker Shashank Khaitan and choreographer Tushar Kalia. "What a finale... such amazing talent... #DanceDeewane," Priyanka wrote on Instagram.

Here are BTS pictures of Priyanka from the film studio: 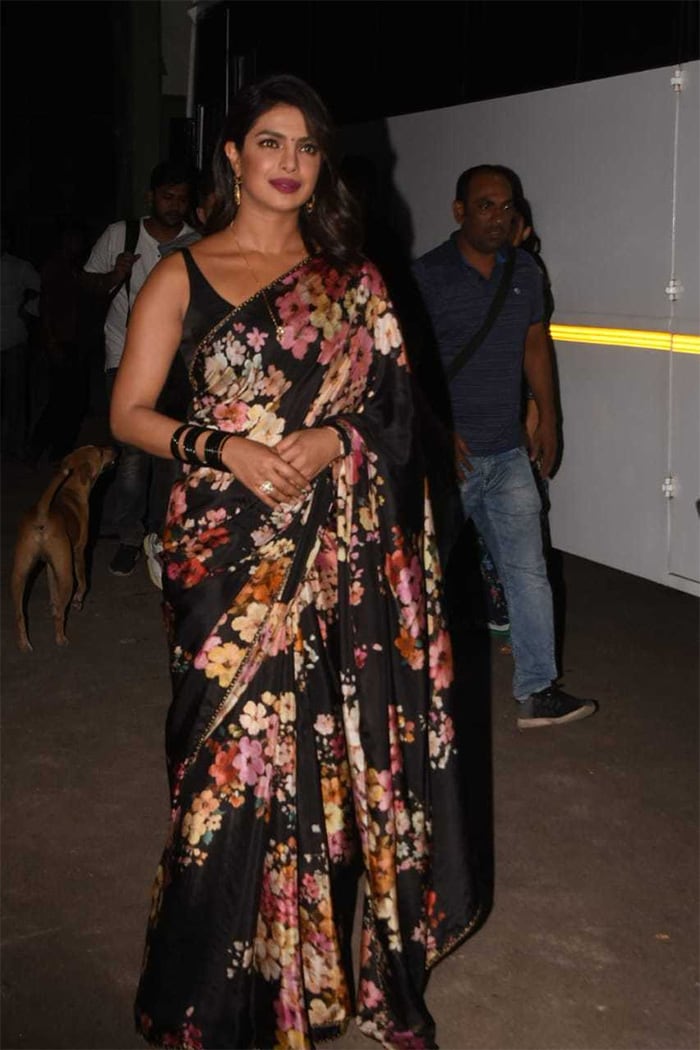 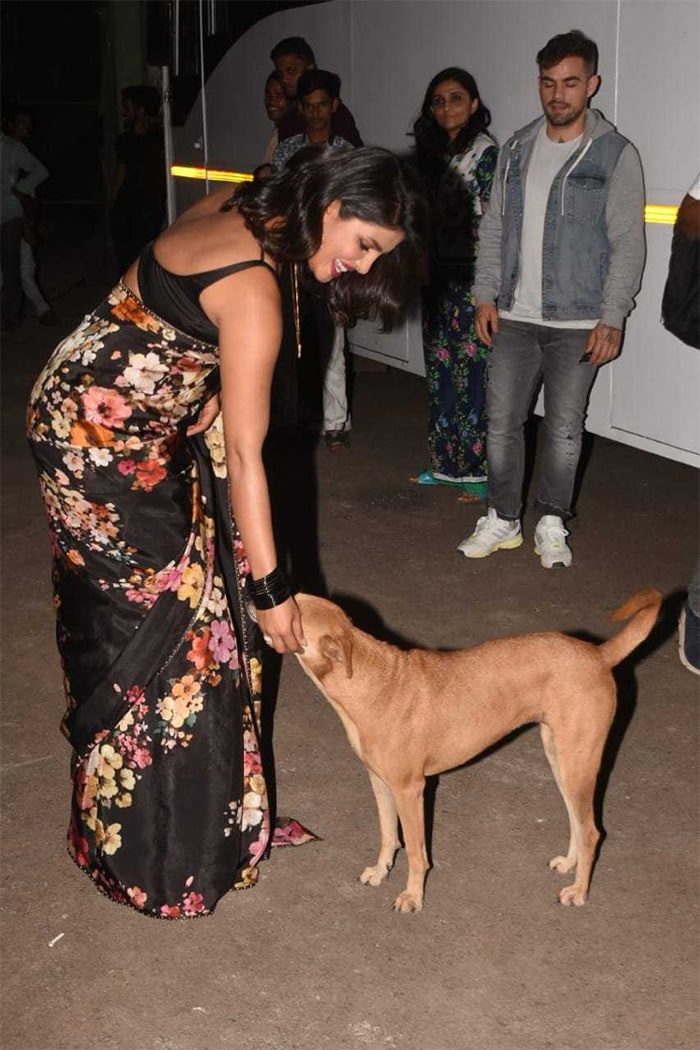 Priyanka Chopra has always been a dog person.

The Sky Is Pink is the first Hindi film Priyanka is producing through Purple Pebble Pictures. Speaking about the movie, which is based on the life of motivational speaker Aisha Chaudhary, Priyanka said during the film's world premiere at the Toronto International Film Festival: "People get surprised when they see The Sky Is Pink and they're like, 'this is not a Bollywood movie.' Bollywood is not a genre! It really is my quest to educate people in that."

The Sky Is Pink features Zaira Wasim as Priyanka and Farhan's onscreen daughter Aisha, who is dying because of Busulfan Lung Damage. The Sky Is Pink is slated to open in Indian cinemas on October 11.