The Sky Is Pink will open in Indian cinemas on October 11. 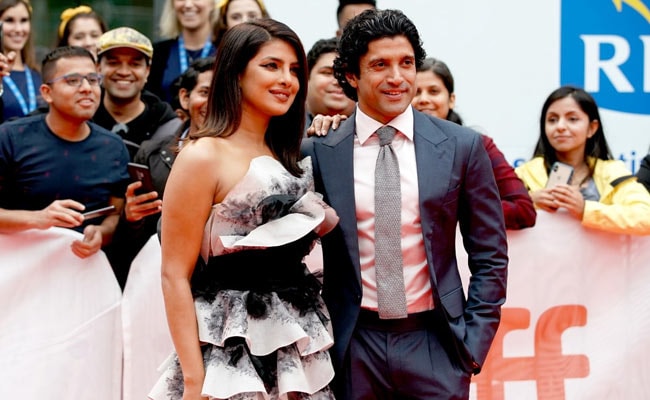 Priyanka Chopra and Farhan Akhtar at The Sky Is Pink screening in Toronto. (Image courtesy: AFP)

It was a big day for team The Sky is Pink as their film premiered worldwide at the Toronto International Film Festival (TIFF) lead couple, led the team on the red carpet accompanied by the film's director Shonali Bose, co-star Rohan Saraf and producer Sidharth Roy Kapur. Priyanka, also the film's co-producer, invited her mother Madhu Chopra, who co-owns Purple Pebble Pictures with her. Farhan's date to the TIFF was his girlfriend Shibani Dandekar. In addition, the filmmakers also invited Aditi and Niren Chaudhary, parents of motivational speaker Aisha Chaudhary, whose life inspired the narrative of The Sky Is Pink. In the film, Zaira Wasim plays Aisha Chaudhary, however, the actress, who announced her retirement from films earlier this year, skipped the world premiere of her last film.

Here are pictures from the red carpet of The Sky Is Pink screening at the Toronto International Film Festival:

Priyanka Chopra looked stunning in a silk organza dress with cascading ruffle by Marchesa. She let her hair fall flat on her shoulders and finished out her look with minimal accessories. 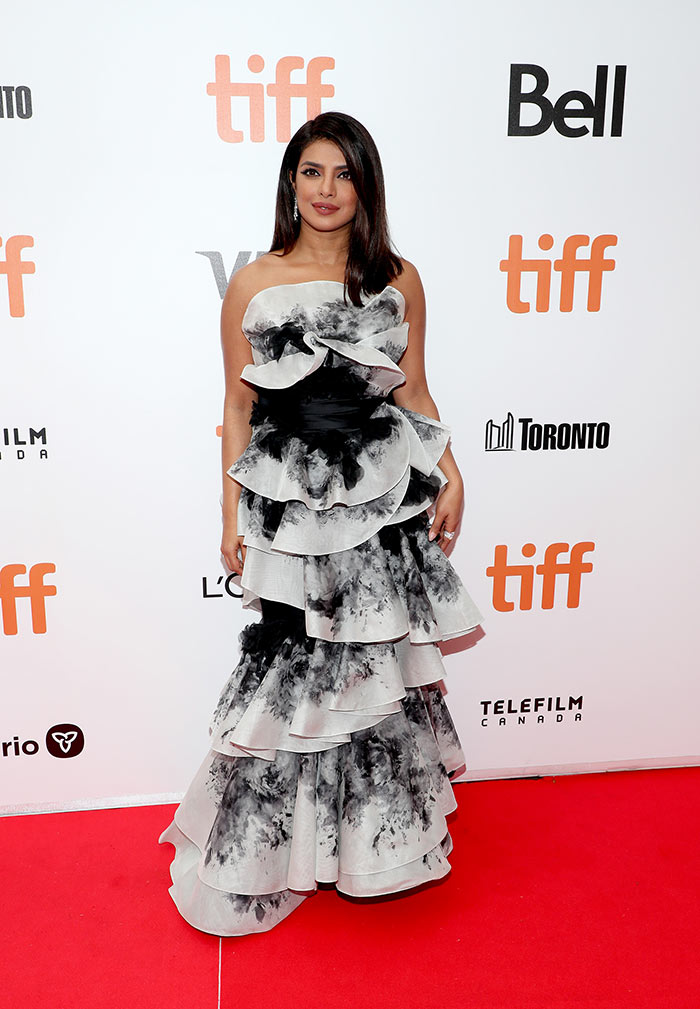 Farhan Akhtar looked dapper in a suit while Shibani Dandekar complemented him in a pink dress. 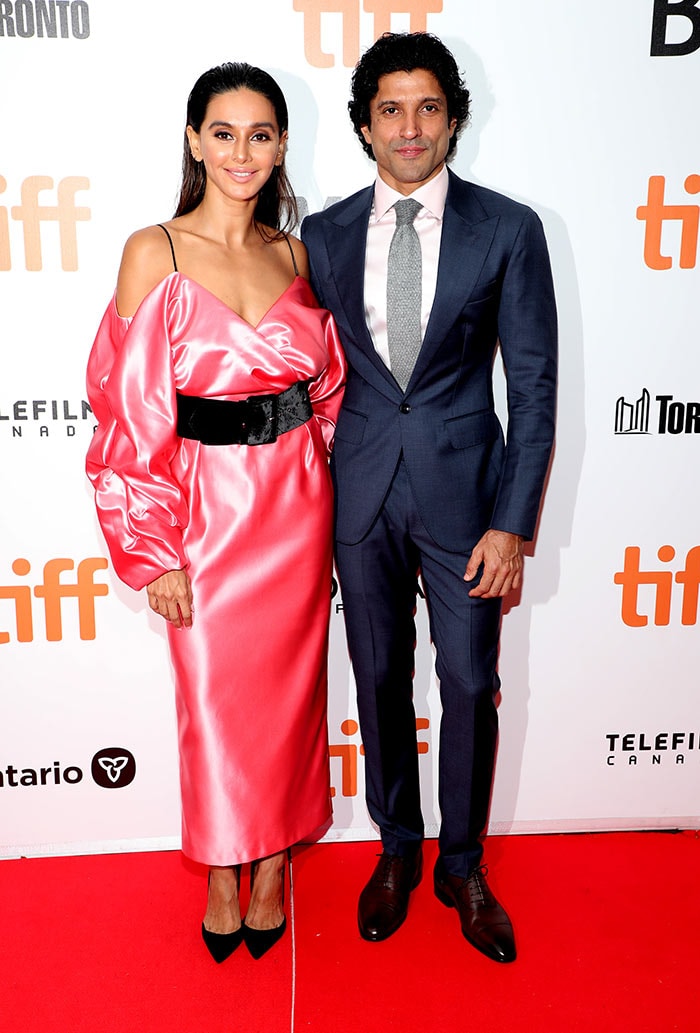 Farhan Akhtar's plus one was Shibani Dandekar. (Image courtesy: AFP)

Shonali Bose, dressed in a pink saree, posed with her lead stars Priyanka and Farhan. Here's the team of The Sky Is Pink on the red carpet. 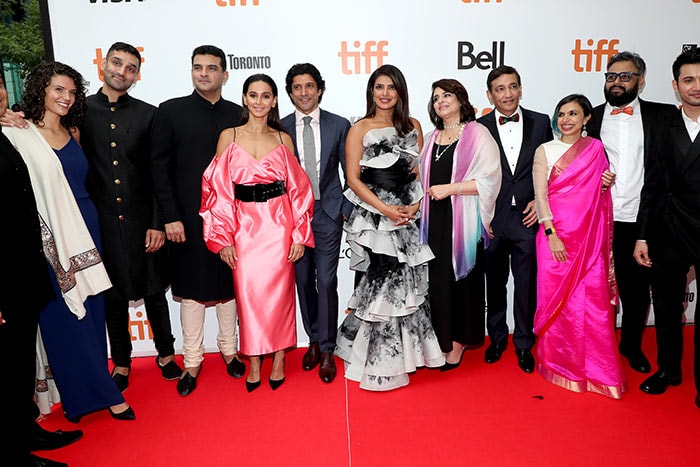 The plot of The Sky Is Pink unfolds though the narration of Aisha Chaudhary. Aisha, whose life was cut short by a rare disease, had delivered a TED talk and wrote a book on her battle before her death in 2015 at the age of 18.

The Sky Is Pink will open in Indian cinemas on October 11.