"My ray of light...Happy one year," Katrina Kaif wrote for Vicky Kaushal 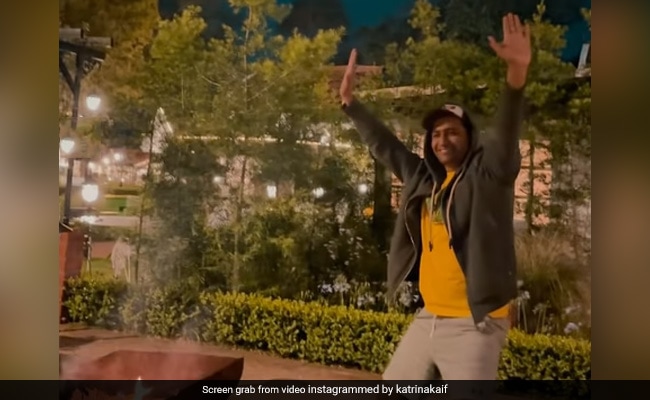 Vicky Kaushal in a still from the video. (courtesy: katrinakaif)

Katrina Kaif and husband Vicky Kaushal are celebrating their first wedding anniversary in the mountains, glimpses from which the actress shared on her Instagram profile on Friday. Katrina Kaif shared a carousel post for husband, wishing him on the special occasion. She posted a picture from the holiday along with a wedding throwback. Our favourite, however, has to be the video that Katrina posted of Vicky Kaushal dancing, while she is busy laughing. "My ray of light.. Happy one year," she captioned the post. In the comments section of the post, Katrina's father-in-law Sham Kaushal wrote: "Happy Anniversary. May God's blessings be always with you. Puttar, you have brought so much happiness to the family. Love and blessings."

Swipe to see the video of Vicky Kaushal dancing:

It all started for Katrina Kaif and Vicky Kaushal back in 2018. During an episode of Karan Johar's talk show Koffee With Karan 6, Katrina Kaif had said that she would "look nice" with Vicky Kaushal. Vicky Kaushal appeared to faint when he was told about Katrina's statement during the show. Recalling the incident on the show this year, Vicky Kaushal said, "Whatever happened last season on this couch, it was really my moment to know that she even knew I existed. We had never met before that."