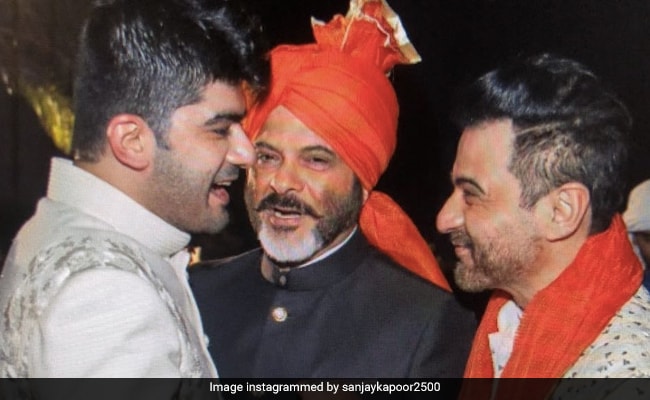 On his nephew Akshay Marwah's birthday, actor Sanjay Kapoor shared a nostalgia-dipped photo on Instagram. The picture that also features Sanjay's brother, actor Anil Kapoor, appears to be from a wedding celebration. It features the trio sporting traditional outfits. Sharing the photo, Sanjay Kapoor called Akshay his "younger brother" and wrote: "Happy birthday, my nephew/younger brother, Akshay Marwah." He added, "Though in this picture, he's giving advice to both his mamus." Akshay, who is a filmmaker and an entrepreneur, is the son of Anil and Sanjay Kapoor's sister Reena Marwah. He also has a brother, actor Mohit Marwah.

Happy birthday my nephew/younger brother @akshaymarwah22 , Though in this picture he's giving advice to both his Mamus

Anil Kapoor is a renowned Bollywood actor while Sanjay Kapoor has also worked in several Hindi movies. Their elder brother Boney Kapoor is a filmmaker.