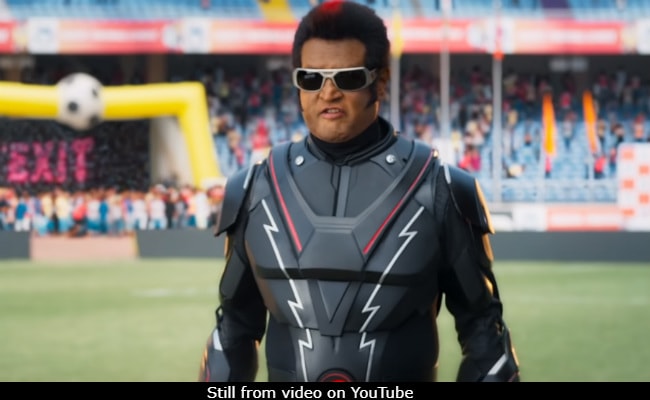 Thank god it's almost Thursday! We can't wait to see Rajinikanth and Akshay Kumar on the big screen together. The much awaited 2.0 releases tomorrow, ahead of which, here's a quick guide to what all the film is about. 2.0 marks Akshay Kumar's first collaboration with Rajinikanth. Directed by S Shankar, Akshay Kumar plays the antagonist in the film. Akshay's character Dr Richards is a villainous birdman like creature, which the result of a scientific experiment gone wrong at a laboratory. Dr Richards targets human beings for their exhaustive use of cell phones, which he thinks is detrimental to birds and animals.

The World will Change from Tomorrow! #2Point0#2Point0FromTomorrow@rajinikanth@akshaykumar@iamAmyJackson@shankarshanmugh@arrahman@resulp@LycaProductions@DharmaMovies@LycamobileUK@divomoviespic.twitter.com/OvI8n0e2Ev

As he wages a war on the human world, scientist Dr Vaseegaran (played by Rajinikanth) resurrects his creation robot Chitti to deal with Dr Richards. It appears, Chitti (also played by Thalaiva) is the only match to the antagonist and how! The trailer was only a glimpse of how much onscreen battle between Chitti and Dr Richards we can expect on the big screen. In the 2010 film Enthiran, Chitti was dismantled by Dr Vaseegaran after he went rogue. 2.0 is a sequel to the blockbuster 2010 movie.

The Hindi version of the film is being distributed by Karan Johar's Dharma Productions. Bollywood fans are twofold excited about 2.0 because of Akshay, who recently revealed interesting trivia about his scary look. He had to sit with the prosthetics team for three-and-a-half hours every day to get the look right.

2.0, which is said to be made on a budget of Rs 500 crore, has reportedly recovered as much as Rs 370 crore ahead of the film's release through satellite and digital rights.

Meanwhile, 2.0 hit a speed breaker when Cellular Operators Association of India (COAI) a filed a complaint with the Central Board of Film Certification and the Ministry of Information and Broadcasting for "promoting anti-scientific attitude", asking that the film be suspended.