Some interesting facts about 2.0, which opens in theatres on November 29 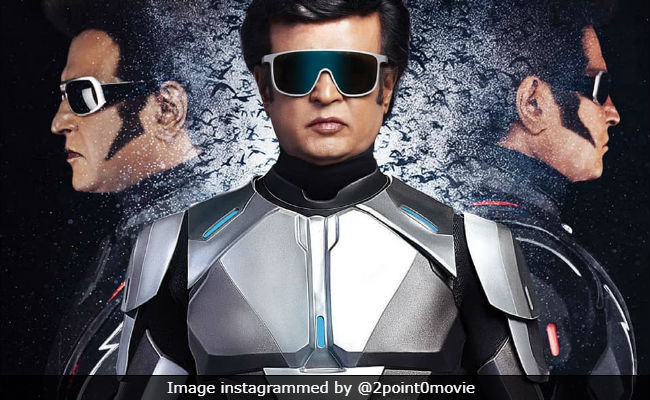 If you're a fan of Rajinikanth then here are some interesting facts about his upcoming film 2.0, which you can use to impress your friends. 2.0 is the sequel to 2010 film Enthiran, in which Rajinikanth played the hero and the antagonist. Though Rajinikanth reprises the role of Dr Vaseegaran and Chitti, the film is a standalone sequel and it is separate from the events of Enthiran. In 2.0, Akshay Kumar stars as main villain Dr Richards while Chitti, the antagonist from Enthiran, is the saviour of mankind facing the ornithologist's wrath. The S Shankar-directed film also stars Amy Jackson, Adil Hussain and Sudhanshu Panday, and the film's music is composed by AR Rahman.

As promised, here are some interesting facts about 2.0, which opens in theatres on November 29:

#1 The Villain: Unlike Chitti in Enthiran, Dr Vaseegaran's challenger in 2.0 is not made in his image. In 2.0, the filmmakers introduced an ornithologist who'll fight Chitti and Dr Vaseegaran and for that role the first choice was Hollywood star Arnold Schwarzenegger. "We had thought of casting Arnold. We had talked and allotted dates also. But somehow things did not work out as the contracts of Hollywood and India are contradictory," Shankar told PTI.

The role was reportedly also offered to Aamir Khan but the film was in Akshay Kumar's destiny.

#2 Rajinikanth Double Dose: Fans of Rajinikanth have to wait for at least one year before they can watch their favourite actor on the big screen but 2018 is special. For the first time after 1995, Rajinikanth has two film releases in one year. He was seen in Pa Ranjith's Kaala, which released this year in June. We are not counting Kochadaiiyaan (made with motion capture technology) which released a few months after Lingaa hit the screens in 2014.

#3 The Mega Budget:2.0 is reportedly made on a budget of over Rs 500 crore and it is touted to be one of the most expensive Indian films made in 3D format. To bring the finest cinematic experience on the big screen, the filmmakers did not hesitate to shell out money from their pockets.

#4 The 3D Effect: In a recent interview, Akshay Kumar said that 2.0 was shot in 3D instead of converting 2D format into 3D, which will enhance the effect of the film. "This film is not converted into a 3D film after shooting but originally shot in 3D format. Therefore, the whole experience was different for us. It will be a unique experience for the audience as well," he told IANS.

#5 The Visual Effects: The heart of 2.0 is in its visual effects. More than 15 VFX companies reportedly worked on the film, which finally has over 900 visual effects shots. A glimpse of the stunning visual effects was shared in the film's trailer:

#6 Time Consuming Make-Up: Akshay Kumar's character transforms into a bird-like creature after one of his experiments backfire on him. To get the look right, a team a make-up artistes worked with Akshay for three-and-a-half hours every day while he sat patiently. "It was really a hard process for me to get the prosthetics done. Three people used to work on my body and I had to stay patient...that was tough," Akshay told IANS.

After 3.5 hours of makeup, the results were quite astonishing...definitely called for a selfie Witness the transformation in 2 days! #2Point0FromNov29#2Point0pic.twitter.com/kuuiODmJQM

#8 Recovery: The filmmakers have reportedly recovered Rs 370 crore out of 500 already vis-a-vis the film's satellite rights, digital rights and the distribution rights.