Rajinikanth And Akshay Kumar's 2.0 Set For A 'Mega' Release In China

Rajinikanth's 2.0 will release in China across 56,000 screens 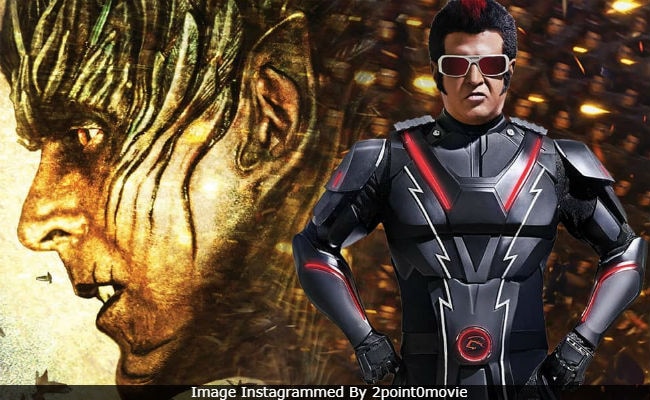 Superstar Rajinikanth's 2.0 will release in China across 56,000 screens, read a statement posted on Lyca Productions' Twitter account. The blockbuster film, which is shattering major box office records in India, will release in China in May 2019. "Dubbed and subtitled versions of 2.0 is slated to release in China in 10,000 theatres with 56,000 screens (including 47,000 3D screens) in May 2019, the widest 3D release for any foreign film in history," read an excerpt from the statement. 2.0, a sequel to Rajinikanth's 2010 blockbuster Enthiran (Robot in Hindi), has been directed by S Shankar and produced by Lyca Productions. It released on November 29 in Tamil, Telugu and Hindi.

"The next major milestone for team 2.0.Mega release in China," read the caption.

The Next Major Milestone for Team #2Point0 MEGA Release In CHINA.. #2Point0InChina#2Point0MegaBlockbuster@rajinikanth@akshaykumar@shankarshanmugh@arrahman@iamAmyJacksonpic.twitter.com/RyWsNh5sUZ

Over the weekend, the Hindi version of 2.0 scored a century at the box office and the total earning now reads over Rs 122 crore and very much counting.

In 2.0, Rajinikanth plays the double roles of Dr Vaseegaran and Chitti the robot while Akshay Kumar, who made his Tamil debut with the film, features as the antagonist Dr Richard. As per trade analyst Taran Adarsh, 2.0's Hindi version will be Akshay's highest earning film by the end of the week.

2.0 also stars Amy Jackson, Adil Hussain and Sudhanshu Pandey. The Hindi version of 2.0 has been distributed by Karan Johar's Dharma Productions. Karan celebrated the film's success with a tweet.

MASSIVE SUNDAY!!!!! Enroute to crossing 100!! Dharma is so proud to collaborate with @shankarshanmugh sirs vision! #rajnisirs legendary status and @akshaykumar 's mega stardom! Congratulations to @LycaProductions for their bravado and passion!!! @DharmaMoviespic.twitter.com/HzG8KTqknv

Made on a reported budget of Rs 500 crore, 2.0 had apparently recovered Rs 370 crore through the sale of satellite and digital rights of the film.

2.0 will be Akshay's second film to release in China after Toilet: Ek Prem Katha. It screened across 11,500 screens and received a huge opening.