2.0 was made on a budget of over Rs 500 crore and it recovered Rs 370 crore through the sale of its digital and satellite rights 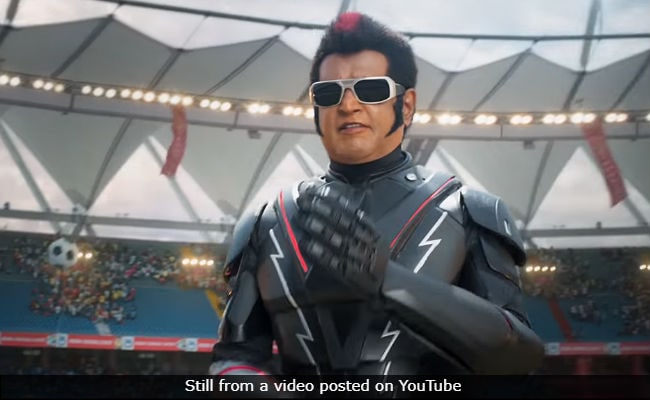 S Shankar's 2.0, starring Rajinikanth and Akshay Kumar, collected over Rs 500 crore worldwide in the first week (2.0 opened in theatres last Thursday) of its release, tweeted trade analyst Ramesh Bala. It is behind only SS Rajamouli's Baahubali: The Conclusion, which collected over Rs 500 crore in five days. The detailed break-up of the box office collection will be shared later but as of Wednesday, Ramesh Bala said that 2.0 collected over Rs 120 crore overseas while in India, it made over Rs 360 crore. 2.0 is the sequel to Rajinikanth's 2010 blockbuster Enthiran and it appears that the film is destined for a historic run at the box office. Meanwhile, the film's Hindi version maintained its "super-strong hold at the box office," tweeted trade analyst Taran Adarsh on Thursday. 2.0 collected Rs 9.50 crore on Wednesday bringing the first week total to Rs 132 crore.

Here's what Ramesh Bala and Taran Adash posted on their respective Twitter accounts:

Detailed Break-up in the afternoon..#2Point0500CrBlockbusterpic.twitter.com/bAjv9DxmRU

2.0 was made on a budget of over Rs 500 crore and it recovered Rs 370 crore before the film release through the sale of its digital and satellite rights.

2.0 is the story of ornithologist Pakshirajan (Akshay Kumar) who turns against human beings blaming their callous use of technology for the depleting bird number. Dr Vaseegaran (Rajinikanth) is compelled to take his robot Chitti (also Rajinikanth) out of retirement after it was dismantled at the end of Enthiran because it turned rogue.