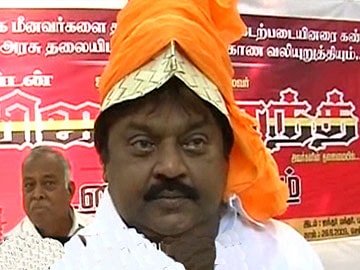 Chennai: The BJP has added another ally to its count. In Tamil Nadu, the party has closed a deal with the regional DMDK, headed by actor-turned-politician Vijayakanth, popularly known as "Captain."

The covenant assigns 14 of the 39 parliamentary seats in the state to the DMDK. The BJP has already tied up with the MDMK and is reportedly negotiating with another regional party, the PMK, to land a fourth ally in Tamil Nadu.

Opinion polls predict that the BJP, led by its prime ministerial candidate Narendra Modi, will emerge as the largest party in the national elections, but will fall well short of a majority. So the party is keen to sign up regional parties to bolster its numbers.

Promoted
Listen to the latest songs, only on JioSaavn.com
In the last general election in 2009, the BJP drew a blank in Tamil Nadu. The DMDK too was wiped out, but in the state election three years ago, it was placed second. At that time, it was in alliance with Jayalalithaa, whose AIADMK won the election, installing her as the chief minister. But soon after, Captain and Jayalithaa parted ways over differences in seat sharing for local body polls.

61-year-old Vijayakanth has pockets of influence in and around Madurai as well as northern Tamil Nadu.