Tanha, third-year student of BA in Persian language, was named as an accused in the FIR lodged in December last year but was not arrested till May. 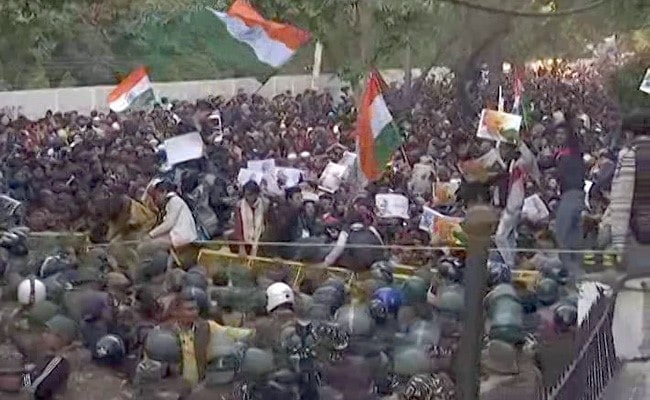 Additional Sessions Judge Gaurav Rao granted the relief to Tanha on furnishing a bail bond of Rs 25,000 and a surety of like amount. The court took note of the fact that out of the 10 accused involved in the case, eight were on bail.

It also noted that Tanha was a student and 24 years old.
"Considering the clean antecedents of the accused, on the ground of parity and most importantly considering the present situation arising out of Covid-19, accused is admitted to baiL," it said.

The court further directed Tanha not to indulge in any act of violence whatsoever and to act like a "good/responsible citizen" as well as abide by the law of land.

During the hearing held through video conferencing, Additional Public Prosecutor Ashok Kumar, appearing for the state opposed the bail plea saying Tanha''s presence at the place of incident has been established in the investigation from the call data records.

He further alleged that Tanha had played an active role in the large scale violence that took place and the allegations against him were serious in nature.

Advocate Sowjhanya Shankaran, appearing for Tanha, told that court that he has been falsely implicated in the case.

She further said that he was the main earning member of his family and used to work part time in a restaurant.

The bail plea claimed that there were no specific allegations of violence against him in the chargesheet and he has not been assigned any role in connection with any act of violence.

Tanha was arrested on May 17 while the chargesheet was filed on February 12 in the case and he had appeared before the police during the course of investigation, the plea said.

It alleged that his belated arrest and subsequent custody were "ex facie illegal, punitive and unjustified".

During the course of investigation he joined the probe and cooperated with the police and there was no chance of tampering of evidence by Tanha as most of it was in possession of the prosecution, the plea said.

Shankaran further said that Tanha was ready and willing to abide by any condition which may be imposed upon him while granting bail to him.

Tanha, third-year student of BA in Persian language, was named as an accused in the FIR lodged in December last year but was not arrested till May.

On December 15 last year, protesters burnt four public buses and two police vehicles as they clashed with police in New Friends Colony near Jamia Millia Islamia during a demonstration against the amended Citizenship Act, leaving at least 40 people including students, policemen and fire fighters injured.

In Delhi, COVID-19 Care Centres To Decide If Patients Can Be Isolated At Homes