I Wanted To Quit, PM Narendra Modi Asked Me To Carry On, Says Najeeb Jung 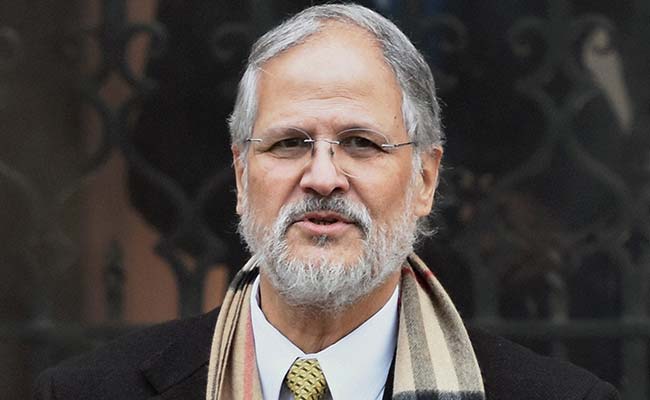 New Delhi: Najeeb Jung, whose resignation yesterday as Delhi's Lieutenant Governor surprised many, told NDTV today that he had asked to quit twice before, but Prime Minister Narendra Modi urged him to carry on. Mr Jung, 66, said this time, he insisted he wanted to quit on personal grounds.

"There is no politics behind it. This was a decision I took earlier," Mr Jung said, dismissing speculation that he was under pressure.

"I have a mother who is 95 and need to give her time and I need to give time to kids, grandkids. I can't take leave in this job," he shared.

Mr Jung said he first offered to resign when the Narendra Modi government came to power in May 2014, months before Mr Kejriwal's party won the Delhi election.

"After three and a half years, I requested the PM again on Tuesday that I would like to resign on personal grounds but he said carry on," he added. This time, Mr Jung said, he was determined to quit.

The former Jamia Milia Islamia University Vice Chancellor said he wants to write a book on his stint. Asked about his friction with AAP, which accused him of acting like a stooge and controlling Delhi on behalf of the Centre, he said: "I discharged my duties as per the Constitution."

Promoted
Listen to the latest songs, only on JioSaavn.com
Mr Kejriwal said last night that he was surprised by Mr Jung's resignation and that "khatta meetha" (ups and downs) are a part of life.

The Congress has alleged that the ruling BJP at the Centre forced the academician to resign. Minister of State for Home Kiren Rijiju criticised the speculation and said: "Should Jung have resigned by taking permission from AAP and Congress?"