Representatives of major students political outfits were among those present outside counting centre. 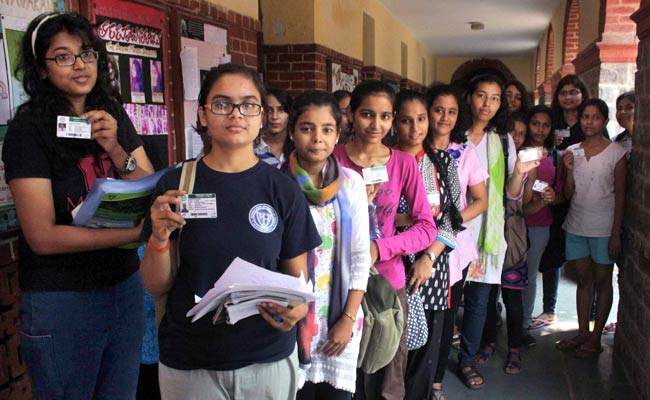 DUSU Presidential Polls: A total of 43 per cent voter turnout was recorded.

New Delhi: The counting of votes for the Delhi University Students Union (DUSU) elections began today at a community hall near Kingsway Camp in New Delhi amid tight security.

At 11.30 am, the fifth round of counting out of an expected 16 rounds was underway. The process is being video- recorded.

There were 126 ballot boxes for the DUSU panel and eight were taken for counting in each round.

An initial indication about a candidate leading for a position can be ascertained only after at least 50 per cent of the votes is counted, said an observer.

The final results were expected by 4 pm this evening.

Representatives of major students' political outfits were present outside the counting centre.

Promoted
Listen to the latest songs, only on JioSaavn.com
A total of 43 per cent turnout was recorded in the DUSU elections held yesterday.

Last year, the ABVP bagged three posts while NSUI made a comeback, winning the post of joint secretary.