According to Delhi government data, the total number of coronavirus deaths in the city was 8,512 as on November 23, while the civic bodies claimed they carried out 10,318 funerals following COVID-19 protocols. 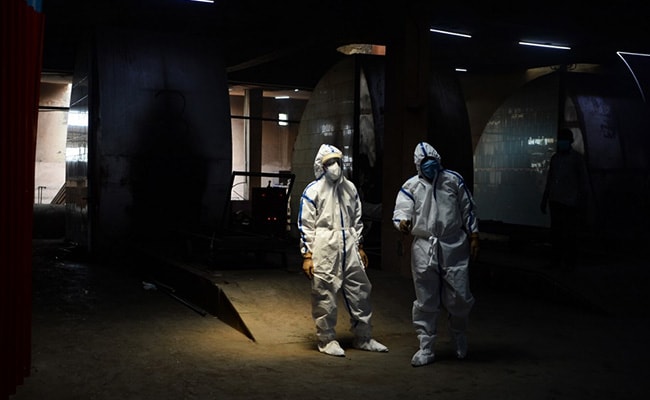 The three BJP-ruled municipal corporations in Delhi Wednesday again alleged the AAP-led Delhi government was under-reporting deaths due to coronavirus, a claim refuted by the ruling party which accused the MCDs of "politicising" the issue.

According to Delhi government data, the total number of coronavirus deaths in the city was 8,512 as on November 23, while the civic bodies claimed they carried out 10,318 funerals following COVID-19 protocols.

East Delhi mayor Nirmal Jain said the Delhi government should explain why the official figures were lower than the numbers provided by the MCDs.

"Every COVID-19 victim or suspect body cremated or buried at cremation and burial grounds under East Delhi Municipal Corporation (EDMC) is properly documented so there is no room for any question on figures compiled by us," Mr Jain said.

An AAP leader said the matter was being "politicised" by the BJP-led municipal corporations. He explained the mismatch by saying that non-Delhi residents succumbing to the virus in the national capital were being cremated here, but their death gets added to the tolls in their respective states.

"The BJP-led municipal corporations are trying to politicise the matter. Moreover, a lot of patients from other states get treated in Delhi and they at times are cremated here, but their death gets added to the count of the states they have come from," the leader said.

In June too, senior leaders of the three BJP-led municipal corporations had claimed that over 2,000 COVID-19 deaths had taken place in Delhi by then, when the official tally stood at 1,085.

Reacting to the claim, the Delhi government had said the COVID-19 death audit committee was "working impartially", and that was "not a time for blame-game but to work together".

The AAP government had also explained that it was because of the backlog data that wasn't reported by the hospitals.

Deen Dayal Upadhyay Hospital Medical Superintendent Subhash Seth said one of the major reasons for death due to COVID-19 was patients seeking treatment at a significantly later stage of the disease.

"There are so many patents coming from outside of Delhi, and it is difficult to say their exact number. Those statistics are not available with us. The number of deaths in Delhi are increasing because the patients are reaching us in a state where nothing much can be done. And these include a lot of patients from outside of Delhi.

"If patients from outside Delhi come here, hospitals have no choice but to admit them. Some of them survive and some do not. There isn't a lack of services, but patients reach at later stage of the disease. They are afraid, they delay in getting tested, and therefore complications increase," the medical expert said.

North Delhi Mayor Jai Prakash said that 4,521 bodies of COVID positive and suspected patients have been cremated at various grounds of North DMC since March 2020 to November 23.

"There are elaborate arrangements for cremation at Nigam Bodh Ghat for the number of bodies reaching for last rites. North DMC has earmarked 52 wooden pyres out of a total of 104 and 3 CNG furnaces for the last rites of COVID death.

"Thirteen pyre platforms at the bank of river Yamuna can also be used in case the number of bodies arriving for last rites at Nigam Bodh Ghat increases," Mr Prakash said.