As Pollution Levels Rise, Doctors Call For Delay In Delhi Half Marathon

Delhi Pollution: The air quality index, which measures the concentration of poisonous particulate matter, has hit 331 in parts of Delhi on a scale where anything above 100 is considered unhealthy. 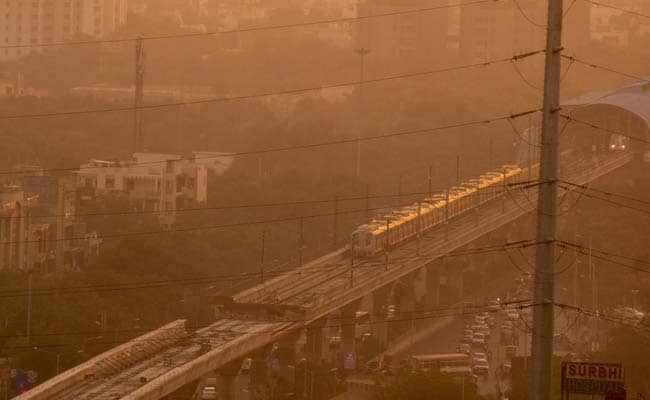 A high level of PM 2.5, or tiny particulate matter that can reach deep into the lungs (File)

Doctors have called for delaying Delhi's half marathon set for October 21, as air pollution has worsened sooner in the year than usual, posing a risk to runners.

The air quality index, which measures the concentration of poisonous particulate matter, has hit 331 in parts of Delhi on a scale where anything above 100 is considered unhealthy by the Central Pollution Control Board.

Officials said the burning of some crop stubble in Punjab and Haryana caused pollution levels to rise, even though the practice was banned and authorities have threatened to punish anyone doing so.

The Heart Care Foundation said runners were at risk of lung infections and other complications from the deteriorating air.

"This is also the time when pollution levels are likely to be extremely high, with poor air quality," it said in a statement, warning that this could aggravate asthma or other lung disease, such as chronic obstructive pulmonary disease.

Some participants wore masks in last year's race. A high level of PM 2.5, or tiny particulate matter that can reach deep into the lungs, can increase blood pressure and even cause a stroke, the foundation added.

Another pollutant, PM10, was a direct threat to runners, as it is inhaled in large amounts when people breathe through the mouth while running, although it is filtered out through the nose when breathing normally.

"In light of this, the Heart Care Foundation of India has called for the immediate postponement of the Delhi Half Marathon to a later date, when the air quality is better," it said.

The chief minister of Punjab, Amarinder Singh, told media he had seen plumes of smoke from fields during a helicopter flight last week. But he said the state was doing all it could to stop the practice.