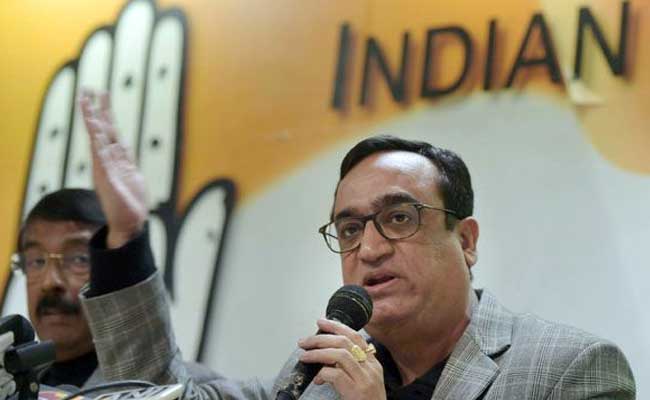 New Delhi: Congress leader Ajay Maken today moved Delhi High Court alleging that the AAP government had indulged in "large scale wastage of the taxpayers money" on its political activities by launching a massive advertisement campaign to glorify its one year in power.

The application, seeking to restrain Arvind Kejriwal-led government from publishing or airing any advertisements and promotional campaign outside Delhi, also sought direction to it for launching campaigns in Delhi only, and that too in a cost-effective manner and in conformity with the guidelines of the Supreme Court.

The petition was mentioned before a bench of justices BD Ahmed and Sanjeev Sachdeva which listed the matter for hearing tomorrow.

Advocates Aman Panwar and Mudit Gupta, appearing for the Delhi Congress chief, told the court that the GNCTD has failed to allocate adequate resources for salaries of the poor employees and sanitation workers of municipal corporations.

"At this juncture, it is imperative to point out to this court that while the sanitation employees of Delhi municipal corporations had to indefinitely struggle and protest for weeks before the GNCTD to get funds for their salaries, at the same time the GNCTD has promptly sanctioned about Rs 100 crore for the purposes of anniversary and promotional campaigns of the party in power," the application stated.

It alleged that the advertisements were published and aired in newspapers, TV channel and radio in and outside Delhi in violation of the government advertisement guidelines and sought appropriate action against the concerned officials "for the large scale wastage of the taxpayers money on political activities of the ruling party."

Mr Maken filed the fresh application in the ongoing PIL, which has sought the court's immediate direction to restrain the "Delhi government from airing audio visual TV advertisement and also its recent advertisement" in Delhi and other states.

Earlier, AAP government had on August 3 last year informed the high court that it had spent Rs 22 crore on advertisements in the three months after the Supreme Court's ruling of May 13.

The Delhi government had, however, denied the allegation that huge amount of money was being spent on advertisements glorifying Mr Kejriwal and the party and had said it was spending only Rs eight crore per month and that too on ads related to its policies.