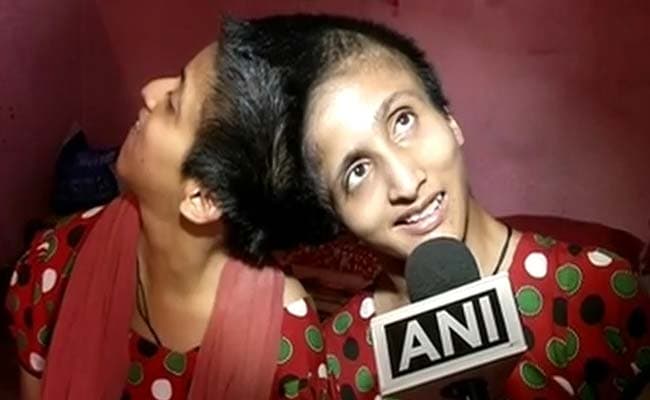 Conjoined twins Saba and Farah cast their ballot in the Bihar assembly elections.

"Conjoined twins Saba and Farah have cast their vote at a polling booth near their residence in Samanpura locality in Patna," an official of the state Election Commission said in Patna.

Saba and Farah live with their parents.

After casting their vote on a single voter identity card, Saba and Farah told the media that they have decided to use their right to elect a right government in the state.

"We have voted as per our willingness to take part in formation of the next government," they said.

Three months ago Chief Minister Nitish Kumar issued a direction to authorities to increase the twins' monthly grant to Rs.20,000 from Rs.5,000 after they met him at his weekly janata darbar in Patna and submitted a petition.

Two years ago, the state government had agreed to pay the grant following a Supreme Court directive.

The apex court had ordered the Bihar government to take care of the twins' medical expenses. The court's direction came on a public interest litigation filed by Aarushi Dhasmana, a law student in Pune.

Their father Shakeel Ahmad -- who runs a small roadside eatery -- said the grant would help the family take proper care of the twins.