After a complaint from an animal rights group, the local police have registered a case against the accused. 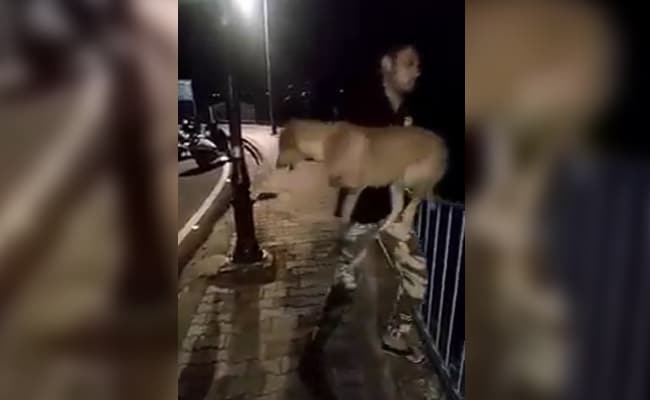 Bhopal: The police are searching for the accused who is missing.

In a disturbing viral video, a man is seen throwing a stray dog from a bridge several feet down into a Bhopal lake and then smiling for the camera. After a complaint from an animal rights group, the local police have registered a case against the accused.

The clip shows the man patting a dog. He then gently picks the unsuspecting animal up and hurls it into the water body. The canine can be seen hitting the water but it is not clear in the video if it survived the fall.

The old video had been shared on social media application Snack Video with an Indian rap song playing in the background.

Some of those who shared the video claimed it was shot at Boat Club Road near Van Vihar on the banks of the lake, also called Bada Talab.

"As can be seen in the video, the man threw the dog in water and then was seen smiling. We have registered a case in the matter and the accused Salman Khan will be arrested soon," senior police officer Bittu Sharma told NDTV.

The police are searching for the accused who is missing.

Hundreds of social media users have shared the clip expressing anger at the incident.