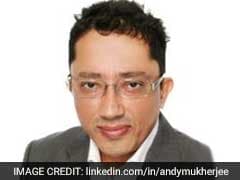 Opinion: India Needs to Stop the IL&FS Rot From Spreading

It's important for the Reserve Bank of India to join forces with the Securities and Exchange Board of India to deal with the fallout. Their urgent first step must be an emergency bailout of IL&FS, before it does more harm. 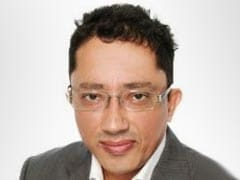 Opinion: In IL&FS, Story Of India's Own Belt-and-Road Debt Fiasco

IL&FS and its associates have $12.5 billion in debt, of which $500 million is due over the next six months.

Opinion: This Debt-Hit Group Is Behind India's Own Mini-Lehman Moment

Repugnant as the idea may be to taxpayers, socializing losses is often the only way to avoid panic from spreading.

Opinion: By A 99.3 Per Cent Verdict, Demonetisation Was a Farce

In the chaotic final months of 2016, angry citizens were slamming the Reserve Bank of India by calling it the "Reverse Bank." It's taken Governor Urjit Patel, who had only recently stepped into the top job, almost two years to reassert his authority and reestablish the institution's credibility with a couple of notable successes just this week.

India is pegged to be a $1 trillion digital economy by 2025, and Bezos, Ambani, and Walmart-Flipkart all want a piece of the action.

Opinion: IDBI Deal Is Money Down The Drain For Life Insurance Corporation

If LIC cares about its fiduciary responsibility to policyholders, it will pass this one up. But then, it can never say no to New Delhi. LIC already owns about 11 percent of IDBI, thanks to its previous participation in rescue missions.

Opinion: Chanda Kocchar's Gone; Unlike Elvis, She Won't Be Missed

Chanda Kochhar, the chief executive officer of India's second-biggest lender, has left the building, and her new deputy should waste no time in letting stakeholders know who the real boss is: It's him.

The proposal to set up a bad bank looked senseless even when it was first mooted in early 2016. It looked downright silly when the finance ministry floated the idea of raiding the central bank's reserves to run the rehab clinic for toxic debt.

Fortis Healthcare Ltd. has to admit a new owner to keep the lights on. Before it does, though, India's second-largest hospital chain must write four of its board members a discharge slip.

Other than the embarrassment of asking the country's second-largest state-run lender to, well, stop lending, there's no other reason why India should allow Punjab National Bank to advance even one rupee to anybody except the government.

Enron Corp. is long gone, but the scandal it left behind in India has beguiled the country's lenders for almost two decades.

Opinion: Somebody Should Send Axis Bank's Board a Thank-You Note

Axis Bank's board, which should have spent at least the past year looking for new leadership, now wants permission to cling on to Shikha Sharma until December; apparently it can't find a replacement by end of May.

Opinion: Uber's India Doom Is Written In The (Selfies With) Stars: Gadfly

India's telecom industry is in turmoil, and depending on whom you ask, one man deserves all the credit or all the blame. 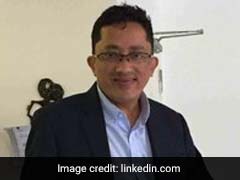 Opinion: Shame On You Crazy Diamond Bankers. PNB Was No Lone Wolf

It's disingenuous to think that India's biggest banking fraud was just one bent officer in a bumbling state-run lender enriching an uncle-nephew pair of greedy diamond merchants. That's the spin Punjab National Bank is trying to put on the $1.8 billion scam that went on for seven years.