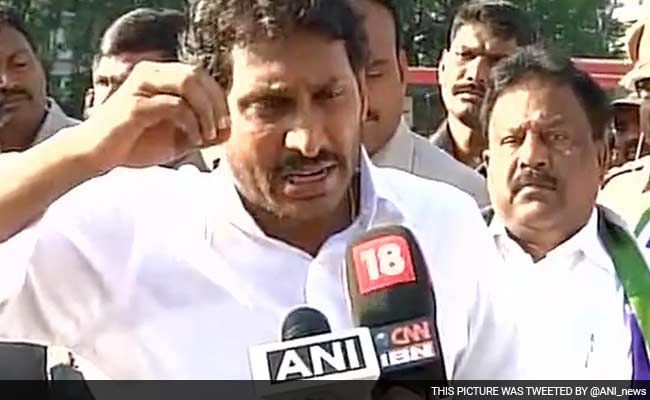 YSRCP chief Jaganmohan Reddy had last week dared the "defected" legislators to resign from their assembly seats and seek a fresh mandate.

Vijaywada: The cross-over of legislators from the Opposition YSR Congress Party (YSRCP) seems to continue as another party legislator today announced that he would join the Telegu Desam Party (TDP) later this week.

K Venkata Ramana Murthy, YSRC legislator from Patapatnam in Srikakulam district, announced in his hometown today that he would formally join the TDP in the presence of Chief Minister N Chandrababu Naidu on March 4.

A total of seven legislators of YSRCP have already joined the TDP in the last ten days.

Rattled by crossing of floor by six of its legislators, YSRCP is likely to move a no-confidence motion against the TDP government in the upcoming Budget session of the Andhra Pradesh Assembly, seeking to build a case of disqualification against the legislators who have switched over to the ruling party.

YSRCP's strength in the 175-member Assembly has fallen to 61 while that of the TDP's rose to 110.

Accusing Chief Minister Chandrababu Naidu of "alluring and purchasing" some of his party legislators, YSRCP chief Jaganmohan Reddy had last week dared him to ask the "defected" legislators to resign from their assembly seats and seek a fresh mandate.