The incident occurred on Saturday night but came to light on Sunday after police took up the investigation on a complaint by woman's husband. 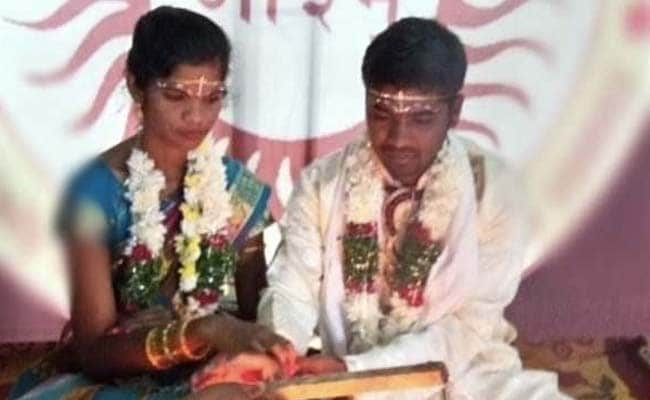 Laxman and Anuradha got married in Hyderabad on December 3.

A 20-year-old woman in Telangana was murdered allegedly by her parents for marrying a man from a different caste, police said on Sunday.

The alleged case of dishonour killing incident took place in Kalamadugu village of Mancherial district, about 250 km from Hyderabad.

Police said P Anuradha's parents killed her with the help of a few of their relatives, burnt the body and threw the ashes in a stream.

The parents - father Sattenna and mother Laxmi - who were angry with their daughter for marrying a man from a so-called lower caste, have been arrested.

The incident took place on Saturday night but came to light on Sunday after police took up the investigation on a complaint by Anuradha's husband A Laxman.

Laxman and Anuradha, both residents of the same village, were in love. As Anuradha's family opposed the relationship, the couple eloped to Hyderabad, where they married at Arya Samaj temple on December 3, police said.

After 20 days, the couple reached the village on Saturday. On learning about this, Anuradha's parents and other relatives attacked Laxman's house and forcibly took away Anuradha.

Investigations revealed that the parents took her to a place near Mallapur village in Nirmal district and killed her. They allegedly burnt the body and dumped the ashes in a stream to remove the evidence.

In September, Pranay Kumar, a young Dalit man, was hacked to death in full public view in Nalgonda town. The killer was hired by Pranay's father-in-law Maruti Rao as her daughter Amrutha had married the the man against the family's wish.