Journalist Swept Away In Floods While Reporting On Telangana Rain, Dies

Jameer (36), a scribe working for a news channel at Jagtial, went to Raikal village in the district to cover the flood-related news on July 12. 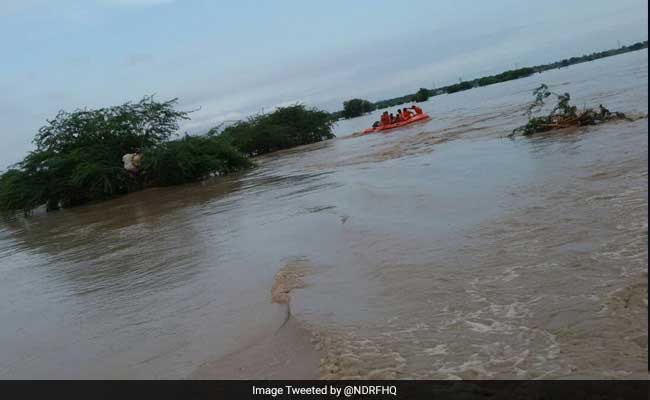 The body of Jameer was found on Friday in the outskirts of Jagtial district. (Representational image)

The body of a TV journalist, who got swept away in the floods while heading to report on the heavy rains in Telangana a few days ago, was found on Friday morning near Ramajipet in the outskirts of Jagtial district, police said.

Jameer (36), a scribe working for a news channel at Jagtial, went to Raikal village in the district to cover the flood-related news on July 12. He was missing since going out to file a report on the situation.

"As the water level was very high, the car in which he was travelling slipped into the flood water," Raikal Assistant Sub Inspector Devender said.

The vehicle was retrieved from a flooded area on Thursday, the policeman said.

The police and revenue officials camped there and searched the area. However, the journalist's body was found at Ramajipet village on Friday morning, he said.

The journalist belonged to Jagtial town and is survived by his wife and two children, Devender said.