In This Town In Telangana, People Can Perform Funerals At Re 1

The mayor said people belonging to the low and middle-income group are unable to give farewell in a decent manner as the cost of conducing funeral rites is not within their reach. 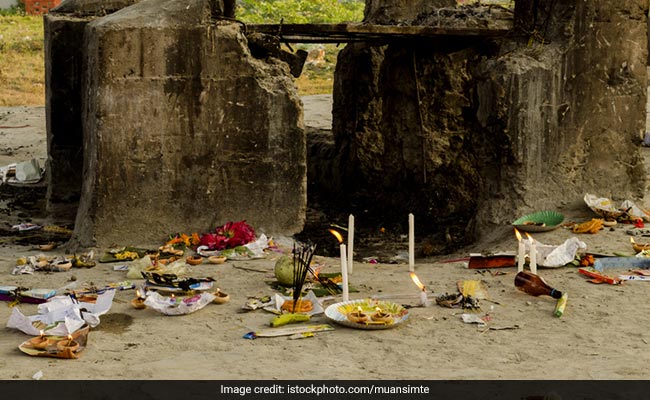 Rs 1.10 crore had been allotted for the initiative to help the poor perform funerals. (Representational)

Seeking to ensure a decent funeral for the poor, the civic body in Karimnagar town of Telangana will launch a scheme next month under which last rites can be performed for just one rupee.

According to Karimnagar Mayor S Ravinder Singh, the ''Antim Yatra Aakhri Safar'' would be launched on June 15 and Rs 1.10 crore had already been allotted for the initiative, which would take care of the funeral as per the religious customs of the deceased.

"The middle and low-income group people can avail the facility by paying only Re 1 as charges for cremation. The scheme will be extended to all, irrespective of caste and religion," Mr Singh told PTI.

Under the scheme, the municipal corporation of the town, 164 km northeast of Hyderabad, will provide wood, pieces of sandalwood and kerosene to the family of the deceased for performing the last rites. A reserve fund of Rs 50 lakh is available for the purchase of wood, the mayor said.

Meals for around 50 people will also be provided on the day of performing the customary rituals at the rate of Rs 5 per person. Necessary arrangements will also be made for those who want to bury the bodies, Mr Singh said

The civic body will procure two vehicles to shift the corpses to the graveyard and buy two freezers, he said, adding that the civic body had plans to issue death certificates "then and there" at the crematorium.

The mayor said people belonging to the low and middle-income group are unable to give farewell in a decent manner as the cost of conducing funeral rites is not within their reach.

Mr Singh also appealed to the philanthropists and donors to contribute to the scheme. According to him, there are an average of three-four deaths in Karimnagar town everyday.

The initiative also came in for praise from Vice President Venkaiah Naidu.

"Compliments to Municipal Corporation of Karimnagar, #Telangana for proposing to launch ''Antima Yatra'' (last journey) from June 15th to conduct last rites of dead on a token payment of ONE rupee. Glad that meals will also be provided to 50 members of bereaved family.#Humanity," Mr Naidu tweeted.

Lauding the mayor for the scheme, Mr Naidu added: "It is important to accord dignity to the dead and perform the last rites in accordance with traditions. #Humanity #Telangana."