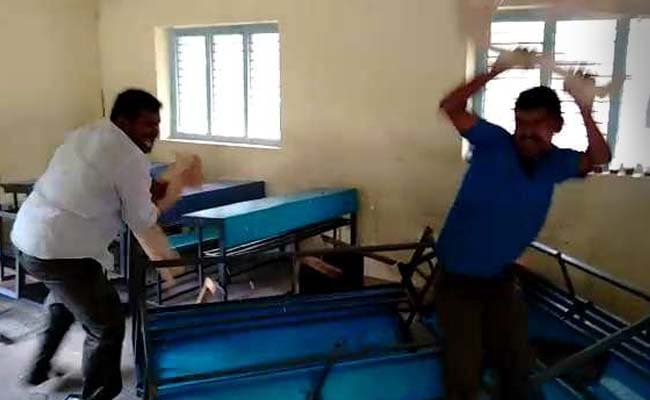 Relatives of the girl brought her body to the school and vandalised classrooms.

Karimnagar: The death of a nine-year-old girl in Telanagana's Karimnagar district led to protests at her school this morning. The girl's parents allege that she died of her injuries from punishment in school.

The girl, a student of class five, was reportedly among five students forced to stand with her knees bent - as if sitting on a chair - for nearly an hour by her Math teacher last week. Her parents say she developed fever, a blood clot in her knees and other complications, for which she was taken to hospital.

She was reportedly shifted to two different hospitals as her condition did not improve. This morning, at around 5:30, the child passed away.

Her relatives brought her body to the school and allegedly vandalised classrooms.

The school was shut because of the Godavari Pushkar fair and no one from the management was reportedly present at the time.

Case Against Telangana Lawmaker For Allegedly Abusing Cop Over Phone