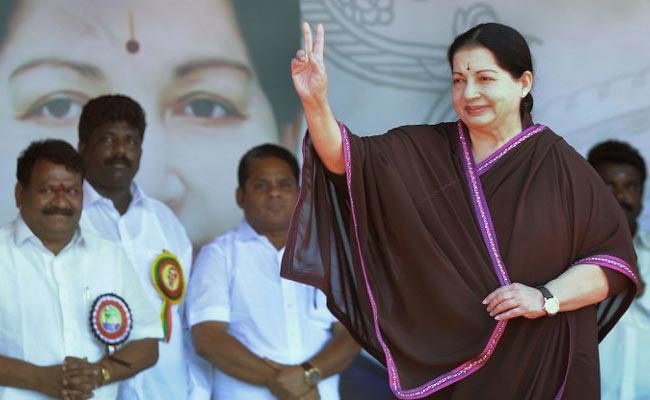 Tamil Nadu Chief Minister J Jayalalithaa said that if her party wins, she will enact a law guaranteeing that medical colleges will choose students based on their result in Class 12 board exam.

Chennai: Free cellphones, cheap scooters for women, and now, admission to medical colleges without an entrance exam - there's apparently nothing populist that Tamil Nadu parties won't promise in the hope of getting elected.

Ahead of Monday's vote, Chief Minister J Jayalalithaa declared at a rally today that if her party wins, she will enact a law guaranteeing that medical colleges will choose students based on their result in their Class 12 board exam - no pesky qualifying exam will be required.

Tamil Nadu does not hold any medical exam currently. So the new Supreme Court ruling affects thousands of students in the state which is studded with a vast number of private schools for aspiring doctors.

Chief Minister Jayalalithaa has said that in addition to the new law, her government will also ask the top court to reconsider its verdict.

Separately, her main rival, M Karunanidhi, has also issued a statement pledging to introduce the same law that the Chief Minister has spoken of.