Speaker P Dhanapal was manhandled by DMK lawmakers during the trust vote inside Tamil Nadu assembly.

Chennai: Chairs were thrown, tables were toppled and mics were yanked by lawmakers inside the Tamil Nadu assembly on Saturday over Chief Minister E Palaniswami's trust vote as demands for secret voting degenerated into a free-for-all in which the Speaker was manhandled.

Five hours after the house met, Mr Palaniswami sailed through the test of strength after lawmakers of the opposition DMK were evicted by Speaker P Dhanapal for violence.

Pushed around by DMK legislators, the Speaker was ring-fenced and escorted out by marshals.

"Where do I go and talk about the torture," Mr Dhanapal said, showing his torn shirt.

He evicted the DMK lawmakers, who refused to budge. Later, DMK's MK Stalin and his lawmakers alleged that it was they who had been roughed up by security men on the orders of "the ruling party". 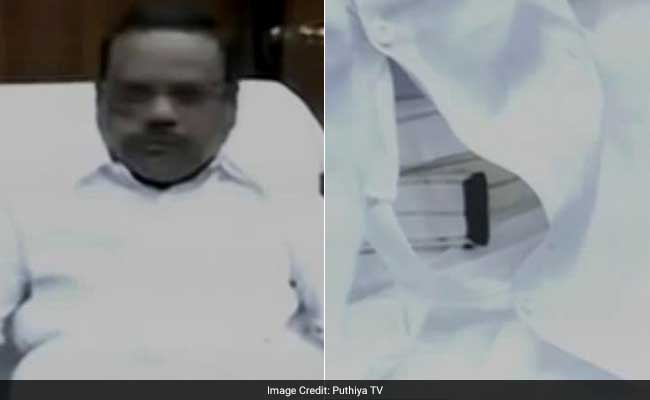 Voting was stalled for hours as the O Panneerselvam-led AIADMK rebels and the opposition DMK and Congress demanded secret voting but were rebuffed.

Earlier, lawmakers backing Mr Panneerselvam - the former Chief Minister who had fought to stay in power - alleged that AIADMK lawmakers were held against their will at a resort near Chennai for 13 days.

One lawmaker alleged that news of his mother's death was kept from him while he was at the Golden Bay resort. M Pandiarajan, who is in camp Panneerselvam, alleged that he was threatened with an acid attack if he did not vote in favour of the Chief Minister. The Speaker assured that he would have the allegations investigated.

Promoted
Listen to the latest songs, only on JioSaavn.com
Mr Palaniswami was sworn in as Chief Minister on Thursday along with 30 ministers. He was chosen by AIADMK chief VK Sasikala, whose bid to become Chief Minister ended after the Supreme Court convicted her for corruption and ordered her to serve a four-year jail term.

He won the trust vote with 122 AIADMK legislators voting in his favour. The only others in the house at the time were 11 lawmakers of the Panneerselvam faction.