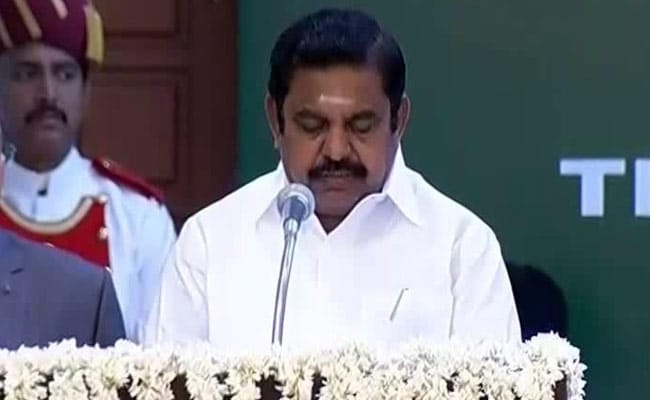 Edappadi Palaniswami has been given 15 days to prove majority in the state legislature.

Chennai: Edapaddi K Palaniswami, who today took office as Tamil Nadu Chief Minister, will hold the important Home and Finance portfolios, which were earlier held by his predecessor O Panneerselvam.

Besides, Palaniswam,63, will also take care of other key portfolios of Public Works, Highways and Minor Ports, which he had managed as a minister in the Jayalalithaa and Panneerselvam cabinets.

S Valarmathi has been given charge of Backward Classes and Minority Welfare department, while P Balakrishna Reddy will be the Animal Husbandry minister.

Promoted
Listen to the latest songs, only on JioSaavn.com
All the Ministers, barring Mr Sengottaiyan, had handled the respective portfolios in the Panneerselvam cabinet too.

K Pandiarajan, now in the Panneerselvam camp, was School Education Minister in the previous cabinet.