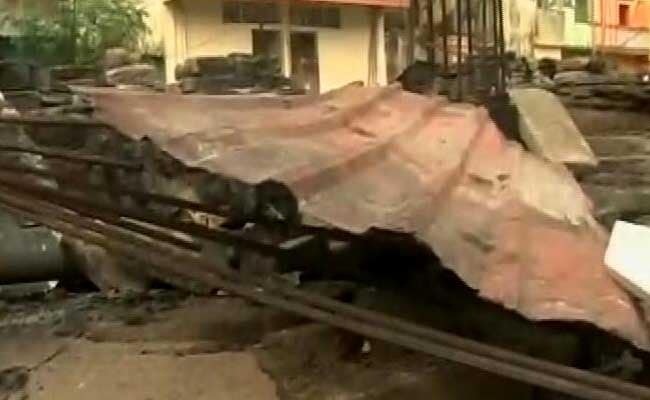 Jallikattu protests: The Nadukuppam fish market near the Marina Beach in Chennai is in ashes.

Chennai: The Nadukuppam fish market near the Marina Beach in Chennai is in ashes. Around 200 families now have no place to sell their fish. The community says the police themselves set the market on fire on Monday as local people from the area gave shelter to protesters after police started forcefully evicting them from the beach - the venue of the week-long protests demanding the legalisation of traditional bull-taming sport Jallikattu.

"They are students and they protest for us. What's wrong in giving them refuge?" D Desapatru, a fisherwoman, said.

Thanigavel says he suffered a fracture on his hand and his legs are still swollen after police started beating up protesters. Women say even they weren't spared. They allege the police beat them up and used obscene language against them. "A policeman hit me and broke my hand. I can't even go for work now," he said.

SP Udayakumar, an activist who has come to Chennai to support the locals, said, "People have to be listened to and addressed. We are also Indians."

Promoted
Listen to the latest songs, only on JioSaavn.com
Police deny cops torched the fish market and they have released videos showing protesters throwing petrol bombs. The protests, praised for their order and discipline for a week, erupted in unrest on Monday after police started evicting the demonstrators last Monday. Videos showing police personnel torching vehicles and vandalising property have put law enforcers in a spot and are currently being investigated.

V Balakrishnan, Deputy Commissioner of Police, Mylapore, said, "They can lodge a complaint and we will act. We are probing and in a week we would know their identity and we will take action if true."