"The helicopter developed an engine-related snag 35 km from Vellore. It landed in a field," defence sources said. 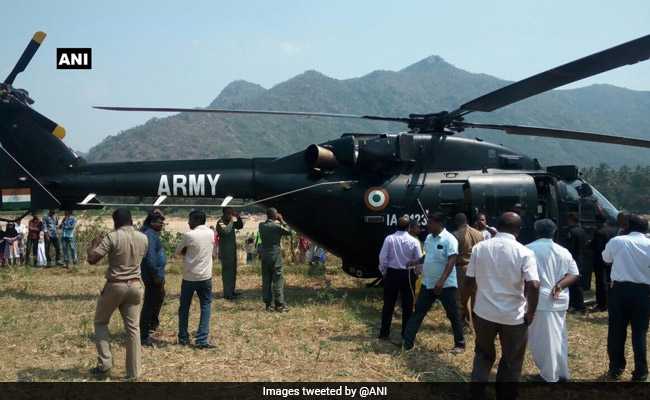 Vellore, Tamil Nadu: An Army helicopter flying from Bengaluru to Chennai to take part in a defence expo had to make an emergency landing in a field near Vellore in Tamil Nadu, defence and police officials said.

"The helicopter developed an engine-related snag 35 km from Vellore. It landed in a field," defence sources said.

Another aircraft carrying spare parts and necessary recovery support has been sent to the location.

Promoted
Listen to the latest songs, only on JioSaavn.com
The chopper was scheduled to participate in next week's DefExpo in Chennai. It landed in a secluded open space near Ambur in this district due to a technical fault, police said.

No injuries were reported after the incident.