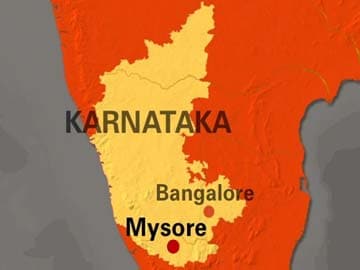 Expressing anguish over problems faced by them regarding ownership of the palace, she said the onus is on her to create a conducive atmosphere for the successor.

"....there is this uncertain condition....; it is my duty to create a conducive atmosphere for the successor to continue without being hassled," Wodeyar told reporters in Mysore.

Visibly emotional while remembering her late husband she said "the successor who will come in the future should not undergo the troubles we faced; ....all successive governments that have come to power since 1976 have troubled us."

Srikantadatta Narasimharaja Wodeyar, the last descendant of the Wodeyar dynasty, died of severe cardiac arrest at a private hospital in Bangalore on December 10, 2013.

Wodeyar, the only son of Jayachamarajendra Wodeyar, the last ruling Maharaja of Mysore, and his second wife, Maharani Tripura Sundari Ammani Avaru, succeeded his father as the head of his dynasty in September 1974.

He had remained the titular head of the erstwhile royalty during the famous Dasara festivities after succeeding as heir to his father in 1974.

Pramoda Devi is a distant cousin of Wodeyar and the couple have no children, so she will now have to adopt someone from the family and nominate him as the successor.

Stating that all traditions about Dasara celebrations will follow, Pramoda Devi said "....earlier the situation was not how it is now, the palace was with the royal family so there were no were no problems in carrying out the traditions."

"Now the palace issue is in court, it has been more than 38 years now.... once the Supreme Court had passed an order directing the government to hand over possession of the portion of the palace taken over by the State government for maintenance and management.

Instead of complying with the order, the government proposed to take over the palace property through the special legislation, which we have challenged."

"Without palace what should the successor do, how can the Dasara be conducted," she said.

Pointing out that Dasara and palace are integral part of each other, Pramoda Devi said "Dasara is nada habba (state festival), practices followed in each household relates to traditions followed in the palace."

She said that Dasara observed by government is a cultural show on the occasion, true Dasara is what is followed by the royal family- it has come from here.

Promoted
Listen to the latest songs, only on JioSaavn.com
Chief Minister Siddaramaiah in Bangalore said, "Our district in-charge minister will meet her; there is a tradition of inviting them (royal family) to Dasara, that will be followed this year also."

He said, "Palace issue is in court....; if there is anything else we will talk to her."