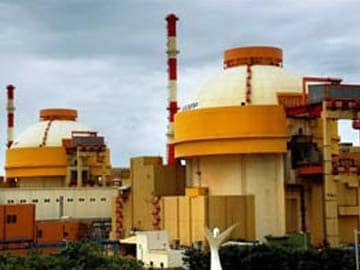 Chennai: A major problem in the first atomic power unit's turbine at Kudankulam has put the unit out of action for around six-eight weeks, the Nuclear Power Corporation of India Ltd (NPCIL) said on Monday.

"The unit has been shut down to inspect turbine and its associated components before putting it for commercial operation. Maintenance activities are in progress before the Unit is expected to be back in service, some components of turbine needs replacement,for which action has been initiated," RS Sundar, site director, Kudankulam Nuclear Power Project, said in a statement.

According to him, the first unit is expected to be back in service by six-to-eight weeks time.

"The turbine of the first unit has developed some problem. It seems some component inside the turbine turned loose and damaged the turbine blades," the source told IANS preferring anonymity.

According to him, discussions are on with the experts on whether to replace the faulty equipment from the turbine of the second unit so that the first unit could be run at the earliest.

The first unit stopped operations on September 26 due to turbine problem.

The unit was shut down for maintenance in July this year and was restarted in September.

However, senior officials of NPCIL were not available for clarifications on how the components would be replaced importing from Russia or taking them out of the second unit's turbine.

Speaking to IANS, G Sundarrajan, an anti-nulcear power activist who has filed a case against KNPP in the Supreme Court questioning the safety, said, "Even before starting its commercial operations the world class third generation plant is on the blink."

Atomic power plant operator NPCIL is setting up two 1,000 MW Russian reactors at Kudankulam in Tirunelveli district, 650 km from Chennai. The total outlay for the project is over Rs.17,000 crore.

Promoted
Listen to the latest songs, only on JioSaavn.com
The first unit attained criticality on July 2013, which is the beginning of the fission process. The unit has started power generation and has been connected to the southern grid.

Work on commissioning the second unit is in progress. The unit is expected to start the fission process next month.