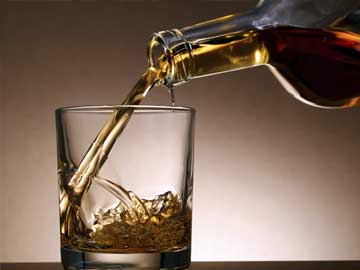 Chennai: A city consumer forum has ordered United Spirits Ltd (USL) to pay Rs 55,000 as compensation to a man who found a dead insect in a bottle of brandy he bought two years ago.

G Ramesh had moved the District Consumer Redressal Forum, Chennai North, alleging that he found the insect in the bottle, which he had purchased from a state-run outlet.

The salesman at the outlet refused to provide a bill next day when Ramesh took up the matter with him, following which he filed a police complaint.

He later issued a legal notice to United Spirits Limited (USL), the manufacturer but since there was no relief, he moved the consumer forum.

While USL sought dismissal of the complaint citing 'non-joinder of required parties', it also held its products were manufactured under rigorous scrutiny and put to stringent quality tests and that "it was impossible that a genuine product could contain a foreign material that too in the form of a decomposed insect."

It also challenged the complainant's claim of health issues since he had not consumed the brandy.

Promoted
Listen to the latest songs, only on JioSaavn.com
The consumer forum headed by president V Gopal said it was not clear how an insect could have got inside a sealed bottle.

It also said any person, who could have consumed the liquor, would have suffered health hazards.