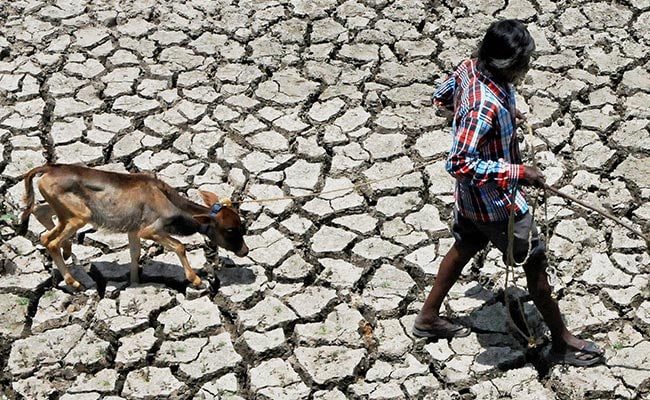 Out of 4620 recorded deaths, a whopping 4246 people died in Andhra Pradesh and Telangana.

New Delhi: Heatwaves in the country are turning out to be particularly deadly with over 4,620 recorded deaths caused by the severe weather condition in the last four years. Of that figure, a whopping 4,246 people died in Andhra Pradesh and Telangana alone.

According to the Ministry of Earth Sciences, in 2016, nearly 1,600 people died due to erratic weather conditions, of which 557 casualties were to severe heatwave.

The figures, however, are larger across the country as causes other than the direct reasons like heat stroke and dehydration are seldom accounted for, said Dileep Mavlankar, Director of Gandhinagar-based Indian Institute of Public Health that has been working with the Ahemdabad Municipal Corporation on a heatwave action plan.

"For instance, dehydration also leads to respiratory and renal failure, especially for those who are prone to heart and kidney ailments. Infants and the elderly top the list in casualties," he said.
"In 2010, Ahemdabad recorded 65 deaths due to heatwave, but in the same period, there were 800 more deaths," Mr Malvalankar said.

Since last year the India Meteorological Department (IMD) has started issuing heatwave alerts. A heat wave is declared when the temperature crosses 45 degrees Celsius. If the temperature rises 4 to 5 degrees above normal, then the condition is termed as a 'heatwave'. If the variance is over 6 degrees above normal, then it is classified as a 'severe heatwave'.

With global temperatures on the rise, the instances of heat wave are increasing. MoES figures reveal that there were 74 days of severe heatwave on an average between 1961 and 1970. The figure declined to 34 between 1971-1980.

However, there was a sharp increase in figures in 2001-2010 with the number of severe heatwave days peaking to 98.

The last decade is one of the warmest ever recorded.

With every year in the current decade registering warmer climates, it may be fast racing towards becoming the warmest 10-year period. The IMD has declared 2016 as the warmest year ever recorded since 1901.

For instance, the case of Telangana, Andhra Pradesh and Odisha that have seen maximum deaths due to heatwave.

The Centre as well as the states this year have come up with an action plan to minimise deaths related to heat waves.

"Last year, states like Maharashtra, Odisha, Andhra Pradesh and Telangana came up with a strategy to minimise deaths. This year, we have added states like Uttar Pradesh, Bihar, Madhya Pradesh, Bihar, Jharkhand, Punjab, Delhi and Haryana and given them several Dos and Don'ts," said M Rajeevan, Secretary, Ministry of Earth Sciences.

Promoted
Listen to the latest songs, only on JioSaavn.com
The Haryana government has sent out an advisory through newspapers on how to take care onself during a heatwave.
Mr Rajeevan said, the states have been told to follow the Ahmedabad pattern to reduce heatwave-related deaths.
The Ahmedabad pattern comprises measures like sending out warnings to hospitals about heatwaves and what kind of patients they can expect.

"This will help hospitals to stay alert and stock medicines accordingly. This will also help them minimise casualties," Rajeevan said.