Another person arrested for posting vulgar tweets about singer Chinmayi 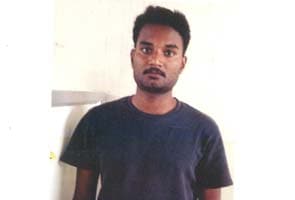 Chennai: A day after a male professor in Chennai was arrested for vulgar tweets about popular singer Chinmayi Sripada, the police has made yet another arrest today. A Radhamanalan, a government employee, who works as an assistant in Tiruppur Collectorate, has been arrested for tweeting vulgar and threatening messages about the singer.

Both the accused have confessed to the crime, police said.

In her police complaint filed on October 18, Ms Sripada alleged that since January last year, "a few individuals have threatened to kill, rape and assault me on Twitter". She added that "there are aspersions cast on my character as well as a chronic steam of vulgar references and innuendoes even about my mother". She listed six twitter handlers - @senthilchn, @RajanLeaks, @asharavkay, @losongelesram, @vivajial and @thyirvadai - and alleged that the same people "have also been saying I'm against Tamil...and that I have also taken up cudgels against Sri Lankan Tamils". She said she feared that the "patently false information that could pit groups against me, thereby endangering my life has also been put out by trouble makers".

Promoted
Listen to the latest songs, only on JioSaavn.com
Speaking to NDTV, Ms Sripada's mother said, "This issue shows the plight of single mothers; I treated them as my own sons and tried my best to reach out, but all my efforts went waste. Women should be respected. I told Chinmayi to forgive them every time, but she was pushed".

Police say they have identified the group responsible for the tweets under question. According to them, Saravana Kumar Perumal, the National Institute of Fashion Technology or NIFT professor's mobile phone and broadband connection records match with the said tweets. They arrested him yesterday under the Information Technology Act 2005 and Prevention of Women Harassment Act.