Snakes In A Flat: Over 70 Cobras, Vipers Seized From House In Pune 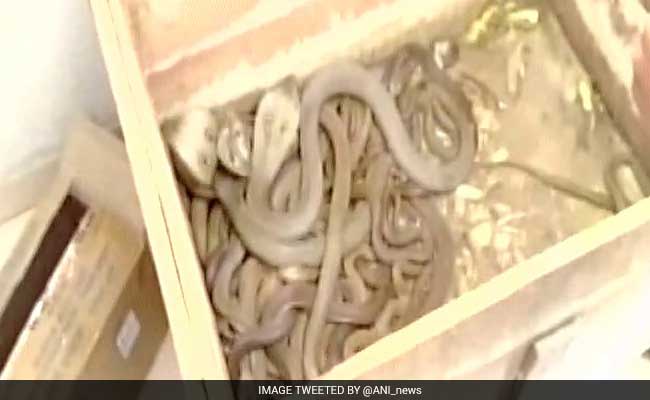 Pune: Reimagine Samuel L Jackson's shocked face at finding a knot of snakes at 40,000 feet above sea level. The Pune police had a similar reaction when they entered a house in Chakan where they discovered over 70 venomous snakes in boxes and gunny bags. The police rescued 41 Russell's Vipers and 31 cobras from the home of 37-year-old Ranjit Kharage, who lived with his wife and kids on Monday. The snakes were handed over to forest officials by the police.

Ranjit Kharage was arrested along with his alleged accomplice, identified as Dhananjay Belkute, 30, for allegedly extracting and selling venom, police said today. The seizure was made on Monday from the rented apartment of Mr Kharage, where he was living with his family, they said.

"We recovered 41 Russell's vipers and 31 cobras from one of the rooms in the flat and investigations have revealed that the duo allegedly extracted venom from these reptiles and used to sell or smuggle it," said a police officer, attached to Chakan Police station.

A case has been registered against the duo under relevant sections of Wildlife Protection Act, he said. 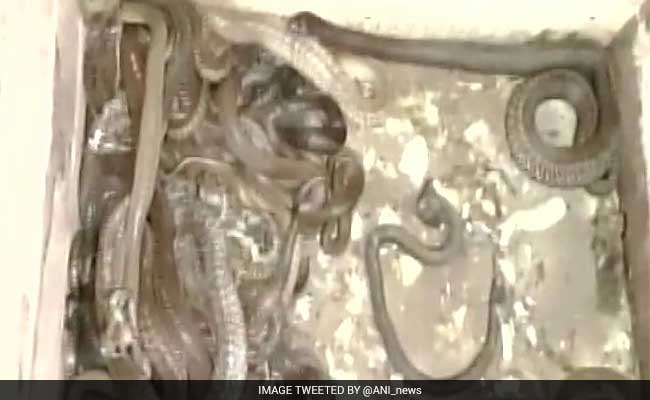 The snakes were kept in boxes and gunny sacks.

According to police, they received a tip off on Sunday that snakes had been kept in a flat in the outskirts of Chakan, following which a team of police raided the place.

"When we went there, Ranjit Kharage was not at home. However, his wife and children were present. We found that the snakes were kept in wooden boxes and gunny bags in the flat and even children knew about it," said the shocked police officer.

Since it was dark, the search team evicted the occupants, locked the house and the next morning all snakes were rescued. 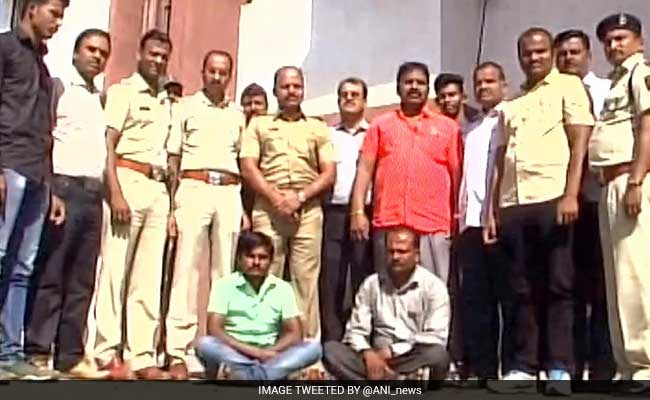 The arrested duo who extracted the snakes' venom.

"Investigations revealed that the duo used to get snakes from jungles and snake-catchers in the area for venom extraction and smuggling," he said.

Police also found some venom stored in small bottles in the possession of the two.

Promoted
Listen to the latest songs, only on JioSaavn.com
All the seized snakes were handed over to forest officials, police added.