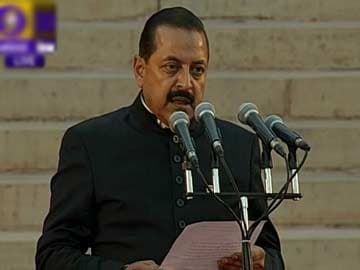 A physician by profession, Jitendra Singh is the Minister of State (Independent Charge) for Science and Technology and Earth Sciences and MoS for Prime Minister Office Personnel, Public Grievances & Pensions Department of Atomic Energy and Department of Space.

Mr Singh had joined BJP in 2009 and is a member of the party's National Executive Committee.

He is also Chief Spokesperson for the Jammu and Kashmir unit of BJP.

He has authored eight books and is also a newspaper columnist.
Comments
Narendra ModiElections 2014