6 Lessons For BJP From This Big Defeat - By Yashwant Sinha

Are the results of the assembly elections in the five states of Telangana, Madhya Pradesh, Rajasthan, Chhattisgarh and Mizoram as expected or as predicted? Yes and no. The people have given decisive verdicts in the smaller states of Telangana, Chhattisgarh and Mizoram and all three results there are a surprise. Everyone predicted that Chhattisgarh would be a close contest between the Congress and BJP. Some felt that it could even produce a hung assembly and Ajit Jogi felt forget being a king-maker, he would in fact be king. Today, he must be, along with his ally Mayawati, disappointed at the results because it has been a clean sweep for the Congress. Analysts will now mull over the reasons for the massive defeat of the BJP in Chhattisgarh. I am personally aware of the organisational strength of the BJP in the state, but clearly if the people change their mind, nothing and absolutely nothing can prevent them from expressing their view, as election after election has always shown in the past. It was said that Chief Minister Raman Singh had generally been non-controversial and a committed worker of the BJP for long. He is also credited with doing a number of good things in the state but even his luck has run out after 15 years. 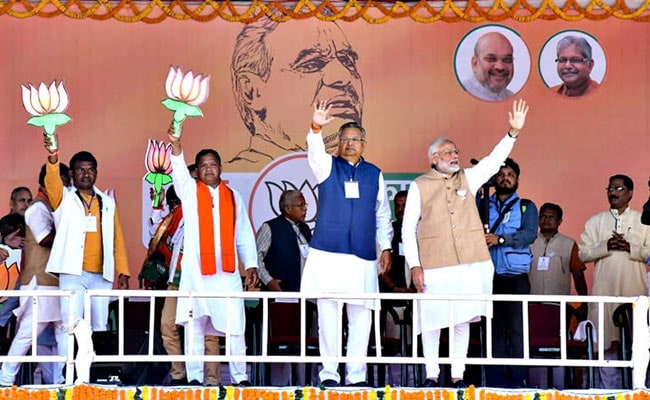 The shock defeat for the BJP was in Chhattisgarh, where Raman Singh was considered one of its most popular chief ministers

The results of Telangana are also surprising. I think everyone underestimated the appeal of the TRS which has swept the state. The alliance between the Congress and the TDP has not cut much ice with the voters and they are a distant second. We should wait and see what impact it has on the national scene where KCR will now plead more strongly for a non-BJP, non-Congress alliance at the national level to take on both the parties simultaneously in 2019. 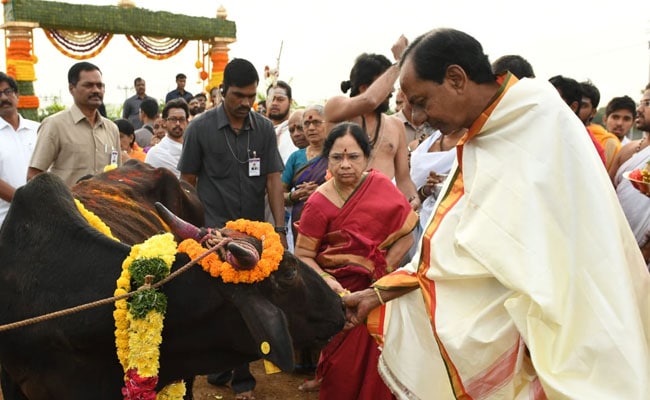 The people of Mizoram, which has a small assembly of 40 members, have also returned a decisive verdict in favor of the MNF led by Zoramthanga. Here again, the Congress party, along with its allies, was supposed to pose a challenge to the MNF, but the Congress party and its allies are way behind. The MNF is a member of the North-East Democratic Alliance set up by the BJP and though its leader has issues with the BJP, he is not enamoured of the Congress party either. In any case, the rulers of the smaller states in the Northeast have a tradition of aligning with whoever is in power in Delhi, so it will not be a surprise at all if the BJP claims victory by proxy in Mizoram. 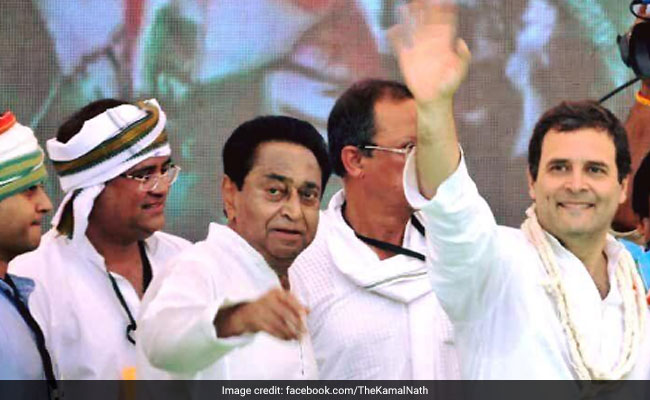 The Congress was two short of the majority mark of 116 in the 230-seat Madhya Pradesh assembly, but closed the gap with help from Mayawati

Between the two bigger states of Rajasthan and Madhya Pradesh, while the script has held as far as MP is concerned, it seems to have gone wrong in Rajasthan, where everyone predicted a sweep for the Congress - that has not happened and the party has ended up winning only 99 seats out of 199. The BJP might well claim that it was the powerful personality of the Prime Minister and his campaigning in Rajasthan in the final stretch which improved the BJP's performance. I will not be surprised if the BJP claims this to be a victory of sorts despite losing a massive number of seats which it held earlier in Rajasthan. In MP, the Congress party has fallen short of the majority mark by two seats. The BSP with two seats and the SP with one seat have already announced their support, so the formation of a Congress government is not in doubt any more. One only hopes that the Governor will not indulge in any sort of (mis)adventure as the Governor in Karnataka did. 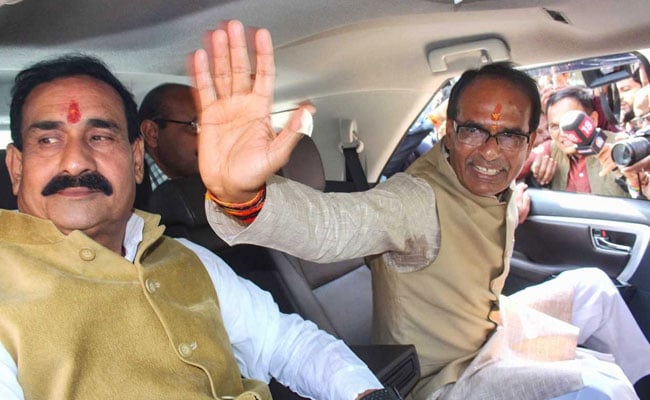 First, there is no doubt that the verdict in all five states is against the BJP, especially in the three Hindi heartland states. Even more than Rajasthan, the other two states of MP and Chhattisgarh have always been regarded as strongholds of the BJP where it has an efficient party machine created over the years by the likes of Kushabhau Thakre. Yet, the BJP has lost massively in Chhattisgarh and in Madhya Pradesh compared to the number of seats it had won in the 2013 elections. From that point of view, its defeat is resounding.

Second, the exit polls have once again generally been off the mark. Firstly, they're not as scientific as in other countries they also come with dressed-up figures under the influence of the ruling party. This is a dangerous trend and deserves to be nipped in the bud. 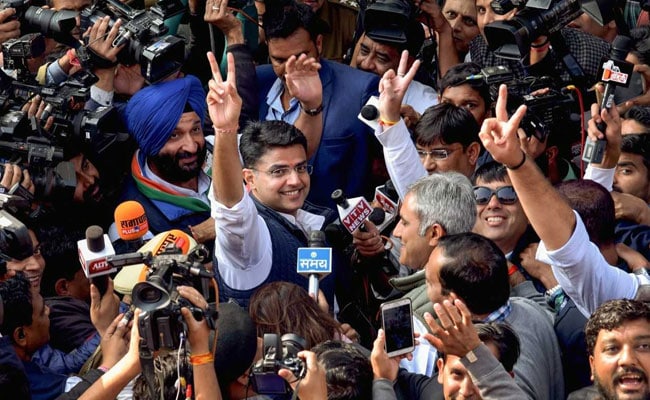 The third point which I would like to make is that with each election, the standard of public discourse is touching a new low and the Prime Minister is personally responsible for this. The kind of issues that he has raised in these e and earlier elections, the kind of language he has used, hardly behooves the PM of a country like India. Vajpayee would never have done that, whatever the provocation. The BJP cannot say that some other political party leaders used deplorable language against it to which the PM was duty-bound to reply. The Prime Minister of India cannot be compared to these leaders.

Fourth, both the Yogi factor and the Hindu card have failed woefully to cut any ice with the voters. Yogi Adityanath will now be hard put to save his own bastion in UP. 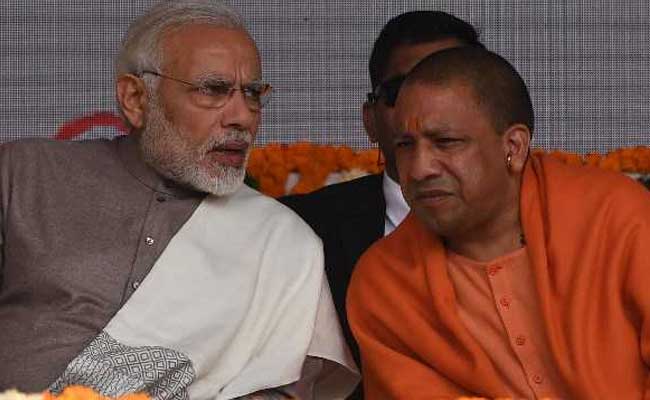 Five: the dream of the Prime Minister that he would create a 'Congress-Mukt Bharat' has been dashed to the ground. It was a silly thing to say to begin with. I have been a vocal critic of the Congress party throughout and when Modi was enjoying the fruits of power in Gujarat, I, along with my other colleagues, was fighting the Congress party in the trenches. But how can you wish away a major opposition party in a democracy, especially in a parliamentary democracy? This is where Modi and Shah got it absolutely wrong and the people have taught them a lesson through these elections.

Note also that Rahul Gandhi has arrived on the national scene with a bang. People will call him Pappu at their own peril in future. 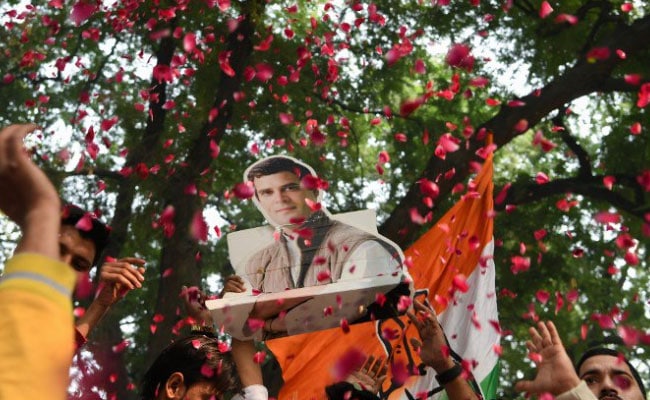 Whatever the BJP's spokespersons might say, there is no doubt that the Modi Magic is over. He is not invincible any more as he appeared to be when I challenged him on his government's performance in September 2017. In the three Hindi heartland states, the total number of Lok Sabha seats is 65 out of which the BJP had won 62 in the last Lok Sabha elections. The BJP's spokespersons might argue that there is a world of difference between a Lok Sabha election and an assembly election, but the results of these elections are not good news for the BJP. There is also no doubt that these results are as much a verdict on the central government as they are on the performance of the state governments. 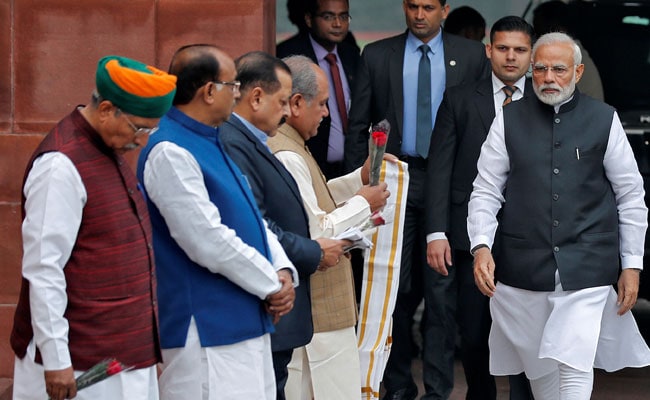 PM Modi's BJP faced setbacks in the assembly elections in the three heartland states of Rajasthan, Chhattisgarh and Madhya Pradesh

Hubris never pays in Indian politics. The voter expects you to approach him humbly and seek both his vote as well as his forgiveness for what you have failed to deliver. He hates arrogance which the BJP acquired in plenty in the shortest possible time. I hope it learns a lesson from these election results because it must also survive to lend strength to our polity.