As worried users took steps to safeguard themselves from the Zomato hack, many on Twitter were occupied with more pressing issues - making jokes 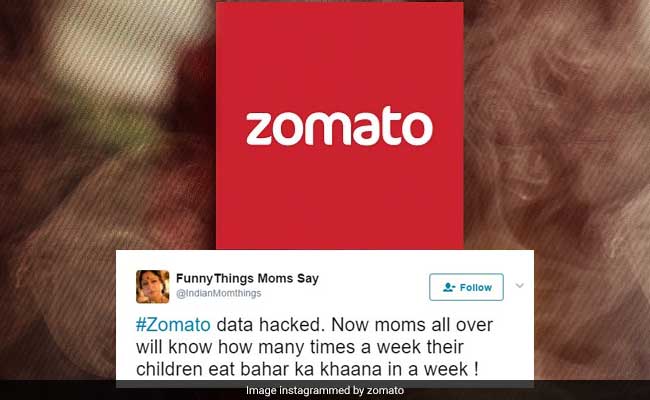 Zomato hack: Users came to know of the security breach on Thursday morning

New Delhi: Users of Zomato woke up to the news of a major security breach at the app with over 17 million user account records stolen. Usernames and hashed passwords have been leaked in the hack but the company insisted that payment details and addresses of users were not compromised. In a blog post, Zomato informed customers that they have reset passwords for all the affected users and logged them out of the app. The company also advised users to change their passwords if they had used the same one on any other platform.

As worried users took steps to safeguard themselves from the hack, many on Twitter were occupied with more pressing issues - making jokes.

#Zomato data hacked. Now moms all over will know how many times a week their children eat bahar ka khaana in a week ! pic.twitter.com/OqVr1D7wAj

Because if it does, this is how they would react

Someone suggested the hackers must have been hungry

For the love of biryani

OMG #Zomato hacked! All my eating habits will be out. All my calorie intake chart will be out in open. :(

Zomato user data leaked. Now people will know exactly how long it takes me to decide where to eat.

Zomato hacked....
Apart from my personal details, hackers will also come to know that I eat Noodles with Palak paneer.

Thank God I never used #Zomato. Otherwise, the hackers would be shocked seeing the amount of money I spend on ordering Pizzas #ZomatoHacked

Over 120 million users use Zomato every month. The company informed that they will be enhancing security measures in the coming days.Click for more trending news