Irrfan Khan Is Now A Meme. Thanks To AIB's Latest Viral Video

How do you guarantee a viral video? Take comedy collective AIB, add actor Irrfan Khan and sprinkle in some of the Internet's favourite memes. 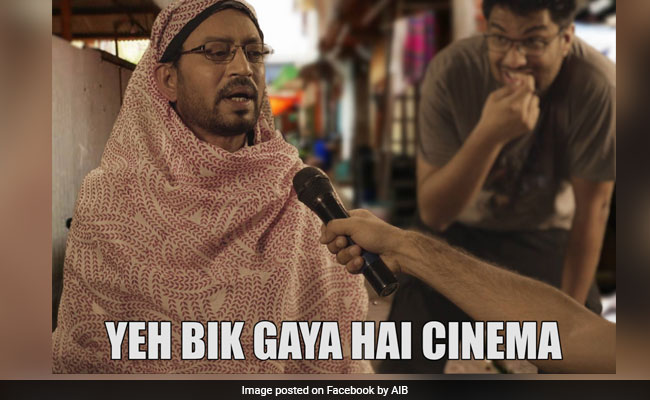 New Delhi: How do you guarantee a viral video? Take comedy collective AIB, add actor Irrfan Khan and sprinkle in some of the Internet's favourite memes. And, well, that's pretty much it. AIB's latest collaboration with the actor sees Irrfan being turned into a variety of hilarious memes - including everyone's favourite "Bik Gayi Hai Gormint Aunty." In just two hours, the video has been viewed over 210,000 times already on Facebook.

From Amrish Puri's meme-fied dialogue "Aao kabhi haveli pe" to "Condescending Willy Wonka" and even "Success Kid," there's nothing that "Dank Irrfan" does not do. After all, as he says in the video, it's all to promote his upcoming film Hindi Medium.


The Internet is, of course, lapping it up.

"You don't have to worry about getting your video viral if you get it made by AIB," writes another.

Promoted
Listen to the latest songs, only on JioSaavn.com
"Coolest film promotion ever," gushes a Facebook user.

This isn't the first time that AIB has collaborated with the actor. In 2015, they famously gave the world the humorous spoof "Every Bollywood Party Song Ever." Click for more trending news