Bharat Mistry said his next-door neighbours in Waterthorpe, Sheffield, had complained about pigeons nesting within the branches dirtying their side of the open boundary. 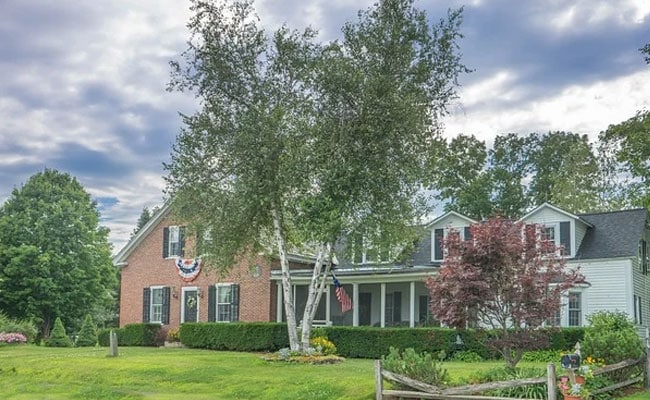 An Indian-origin family's fir tree, which was chopped in half by their neighbours unhappy with bird droppings onto their yard, has become something of a local attraction in a city in northern England.
Bharat Mistry said his next-door neighbours in Waterthorpe, Sheffield, had complained about pigeons nesting within the branches dirtying their side of the open boundary.

The 56-year-old said an attempt to reach an amicable solution failed and his neighbours went on to call in a tree surgeon.

"You can imagine when he first did it we were angry. Obviously, after a couple of days we calmed down a bit," Mistry told the BBC.

The next-door couple, in their 70s, first asked for the tree to be removed last March.

This, according to Mistry, led to "several discussions" about trimming the 16-foot tree back or installing nets to prevent birds from nesting.

Mistry made inquiries with tree surgeons and gardeners, but his neighbour of 28 years took it upon himself to call his arborist or tree surgeon.

"I am genuinely really sad that it's come to this," said Mrs Mistry.

While the Mistrys agree their neighbours had a right to take action on anything overhanging onto their property, the way it was done after years of living together on the same street is what has hurt them.
They now fear that the tree might have to be cut down if it does not survive the half-way chop, but remain hopeful that it can be further trimmed or reshaped.

Fellow neighbour Brian Parkes said the issue had been "going on a bit", adding: "You've got to feel sorry for both of them. It looks awful. They're going to be at one another's throats now, but it's done, you can''t undo it. We've got a war on our hands with them two."

Since the images began being shared around on social media, the tree has attracted a lot of local attention, according to local media reports. On social media, many dubbed the Mistrys neighbours as the pettiest neighbours ever.

"People have stopped to take pictures, there has been a lot posted on social media. You think we'd probably do the same if it was another house, but it does feel a bit like an invasion of privacy," said Bharat Mistry.

His next-door neighbours at the centre of the dispute are yet to comment on the matter.