One person thought Twitter's 140-character limit may be to blame. 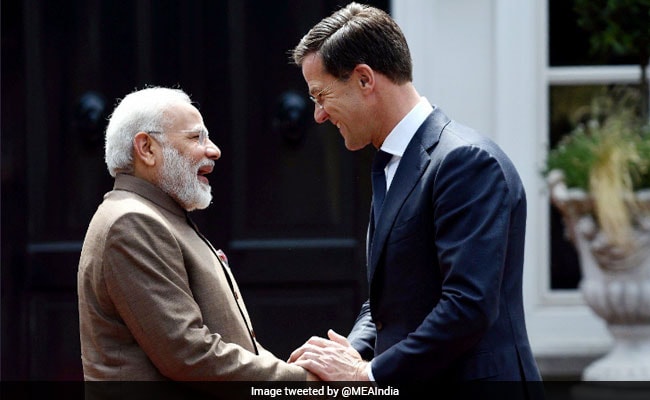 New Delhi: Prime Minister Narendra Modi this morning returned to India after his three-nation tour. PM Modi visited Portugal, the United States and ended his tour in the Netherlands. This year marks 70 years of Indo-Dutch diplomatic relations. So, naturally, a little Twitter diplomacy was to be expected. PM Modi tweeted enthusiastically in Dutch several times during his visit. His Dutch counterpart tweeted back in Hindi. Except, it seems like he might have had a faulty keyboard as the message was tweeted without a single space, making it quite a mouthful to read.

Take a look at the Dutch PM's tweet in Hindi:

"Welcome to the Netherlands @narendramodi Our bilateral relations go back 70 years and with that I am extremely excited about our meeting," reads the tweet, roughly translated.

Tweeted about 18 hours ago, the tweet quickly went viral, with many pointing out the obvious:

And, of course, people had jokes:

But most appreciated the Dutch PM's efforts:

Except for the space between the words, it was perfect.

Yes, but be sure it's not his language . At least he tried must be appreciated.

And this person thought Twitter's 140-character limit may be to blame:

Promoted
Listen to the latest songs, only on JioSaavn.com
Luckily, the Dutch PM tweeted again after meeting PM Modi, getting it right this time:

This is not the first time Mr Rutte has tweeted in Hindi. In 2015, he replied in Hindi to a tweet in Dutch by PM Modi, welcoming him to India.