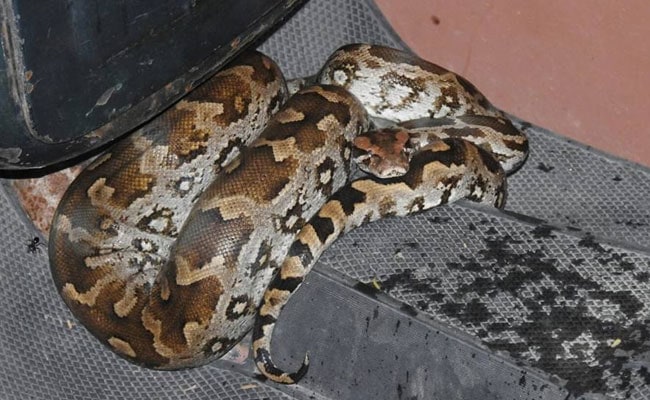 The python ended up causing a panic in the colony where it was found.

Forget Snakes On A Plane - this python chose a scooter as its preferred ride. As Delhi enjoys the monsoon season, it is also forced to deal with increased sightings of creepy-crawlies. Less than a week ago, a four-foot-long distressed monitor lizard was found in the city. And now a man was shocked to find a scary python coiled up on his scooter. He promptly called animal welfare NGO, Wildlife SOS, for help.

Late last evening, Aya Nagar Phase-5 resident, Kiran Kumar, found the snake on his scooter. "I was shocked to find the snake coiled up on the deck of my scooter," he told Wildlife SOS. "As we are closer to the outskirts of the city, there are many forested areas nearby and we often find snakes in the neighbourhood," he added. 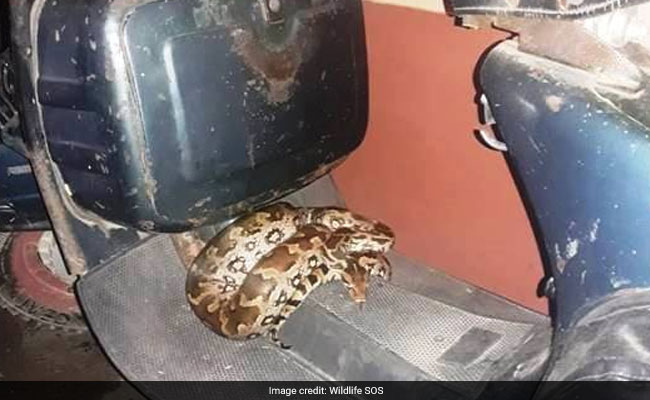 The python coiled up on the scooter.

He called the NGO for help. According to the team, the four-foot-long Indian Rock python was most likely looking for shelter from the rain and climbed up on the scooter. It ended up causing panic in the colony.

Members of the NGO successfully removed the snake. It will eventually be released into the wild.

Indian Rock Pythons are non-venomous but can cause injury with their bite.

Last month, the NGO rescued an eight-foot-long python and three-foot-long cobra from different parts of Delhi.