The lizard was found at the National Technical Research Organisation in Delhi.

With the rainy season going on, snake sightings have reportedly gone up in the Delhi. However, people at the National Technical Research Organisation found another reptile at their premises - a four-foot-long monitor lizard. They immediately alerted animal welfare NGO Wildlife SOS and the lizard was promptly removed from the location.

The lizard was spotted outside the staff accommodation block of the campus late at night. People noticed it was in distress and couldn't open one of its eyes due to an injury.

Monitor lizards are non- venomous and usually pose no threat to humans. They can, however, bite or even retaliate using their claws if provoked.

The team from the NGO arrived at the campus and rescued the lizard. It is currently undergoing treatment for its eye. 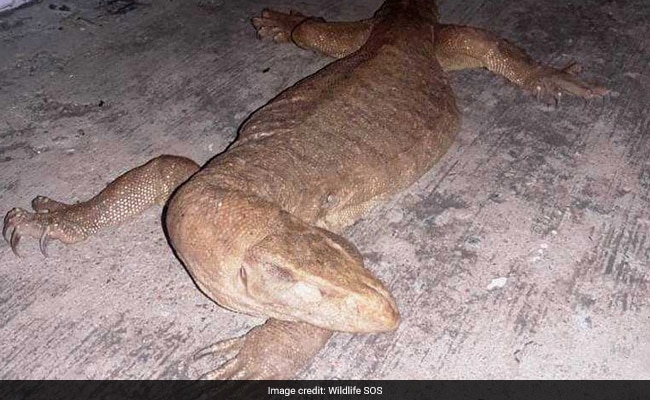 "It is reassuring to see people gaining a more sensitized approach towards the reptile population of the city," said Kartick Satyanarayan," co-founder & CEO of Wildlife SOS.

"As a result of continuous deforestation and expansion of human habitation these largely misunderstood reptiles are often forced to wander out of their natural habitats in search of food and shelter. They play an important role in the ecosystem but they are often killed for their meat and body parts due to misconstrued beliefs," he added.