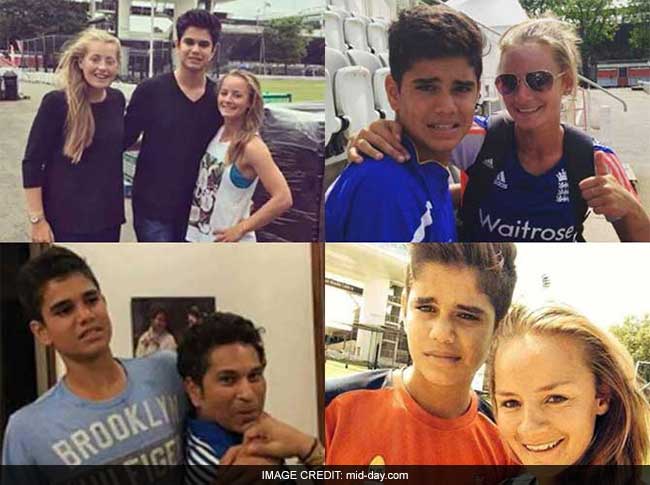 Is that Arjun Tendulkar or Justin Bieber?

Once upon a time in Bollywood, siblings, especially twins, would keep getting lost and separated in the Kumbh Mela. Well, according to the Internet, that seems to have been the case with cricket legend Sachin Tendulkar's son Arjun and Canadian singer and pop icon Justin Bieber.

It was 17th birthday of the u-19 all-rounder on September 24th and a Facebook page called 'Circle of Cricket India' posted a candid picture of the Jr Tendulkar with his dad. Now, instead of wishing the birthday boy, every one noticed how Arjun bears an uncanny resemblance to Bieber.

The idea has since gone viral on social media with users posting photos of Arjun Tendulkar and commenting on the striking resemblance to the 'Sorry' hitmaker.

Well, while some called the two -- Arjun and Justin -- twins, others, commenting on the uncanny resemblance, decided the Sachin's son was 'Indian Justin Bieber'.

Promoted
Listen to the latest songs, only on JioSaavn.com
HERE'S WHAT THE TWITTERATI ARE SAYING:

Arjun tendulkar looks like Justin beiber. Or is it just me pic.twitter.com/6Xf93ezKV6

Is it just me or does Arjun Tendulkar have a stunning resemblance to Justin Beiber? https://t.co/48fU40WGUk 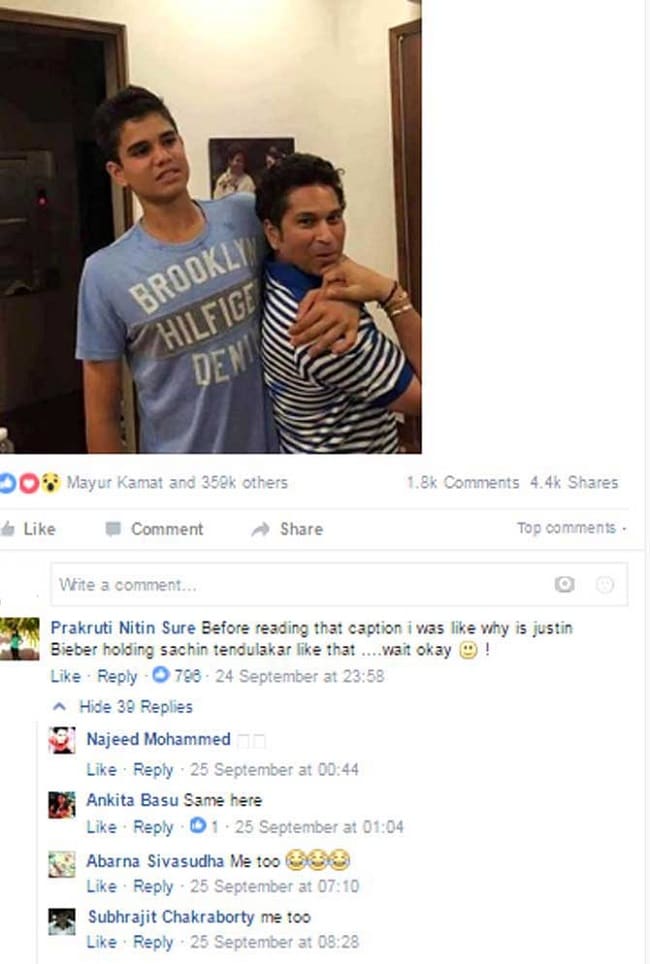 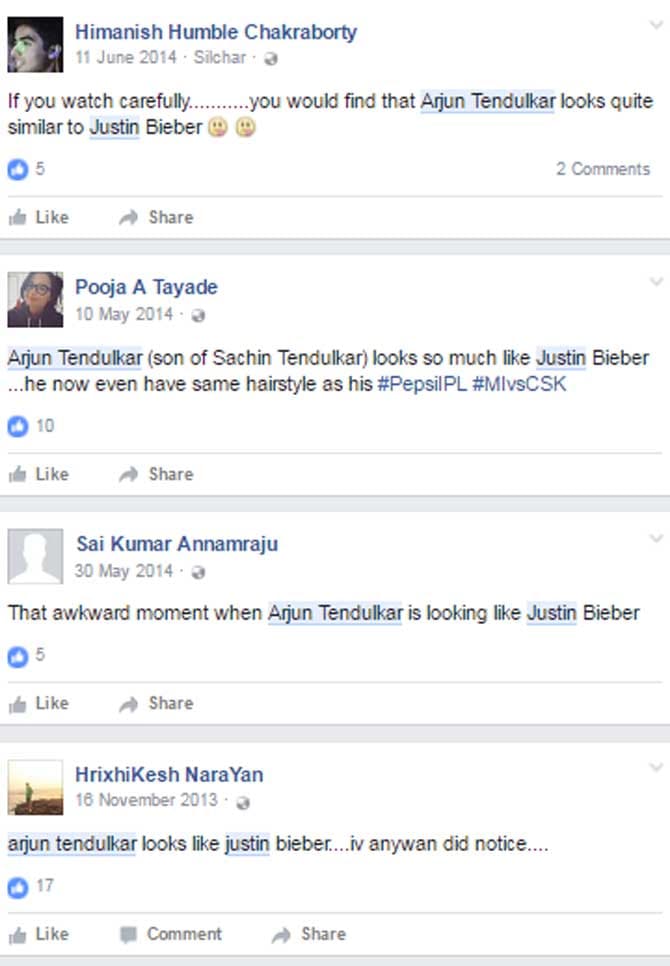 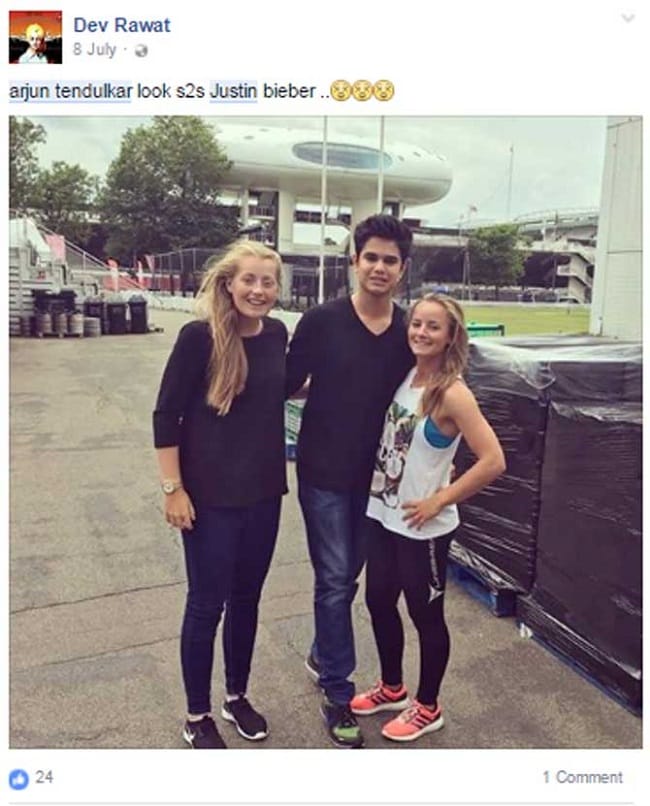 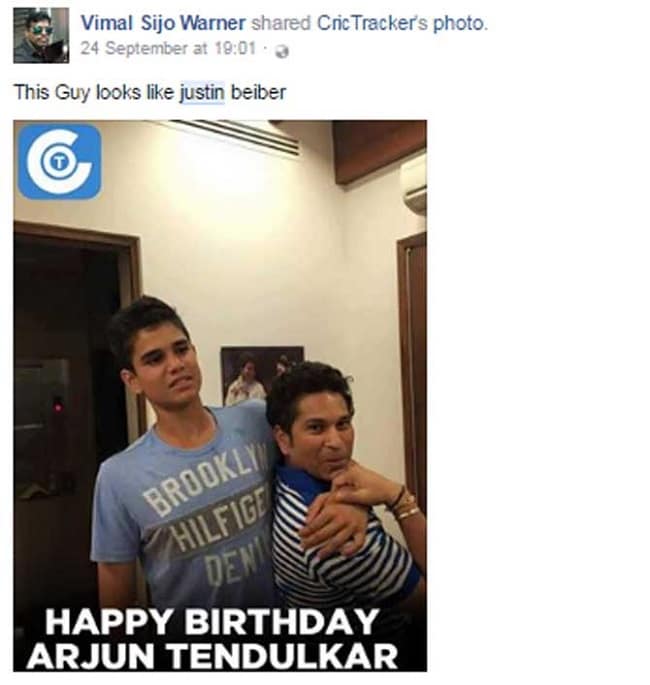 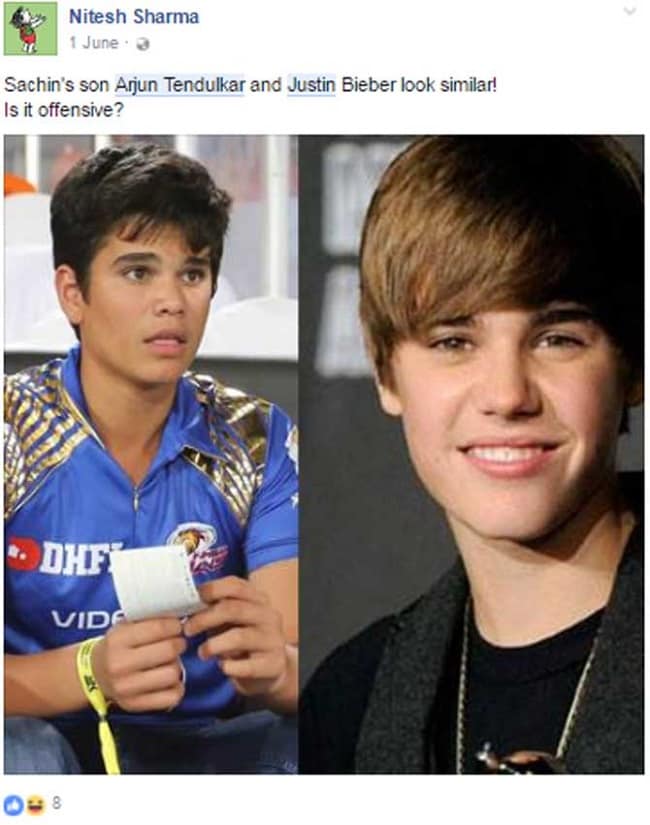 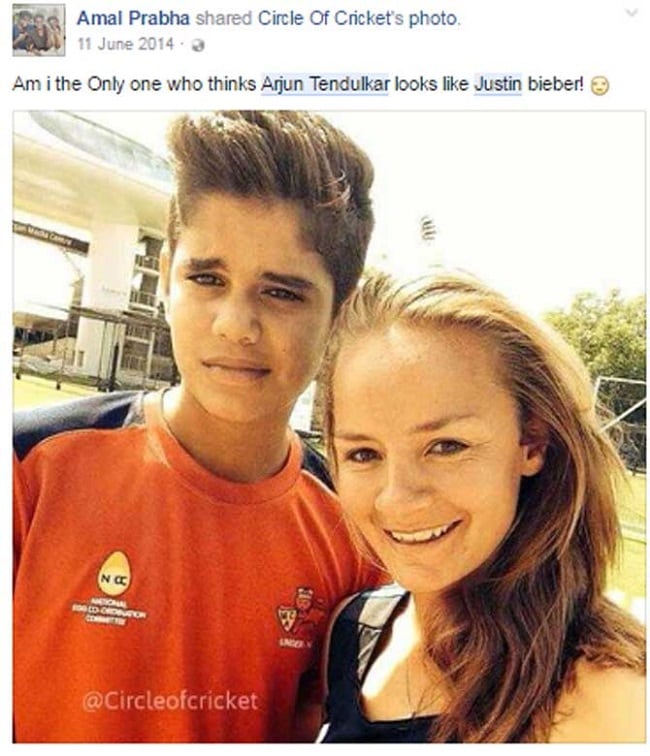 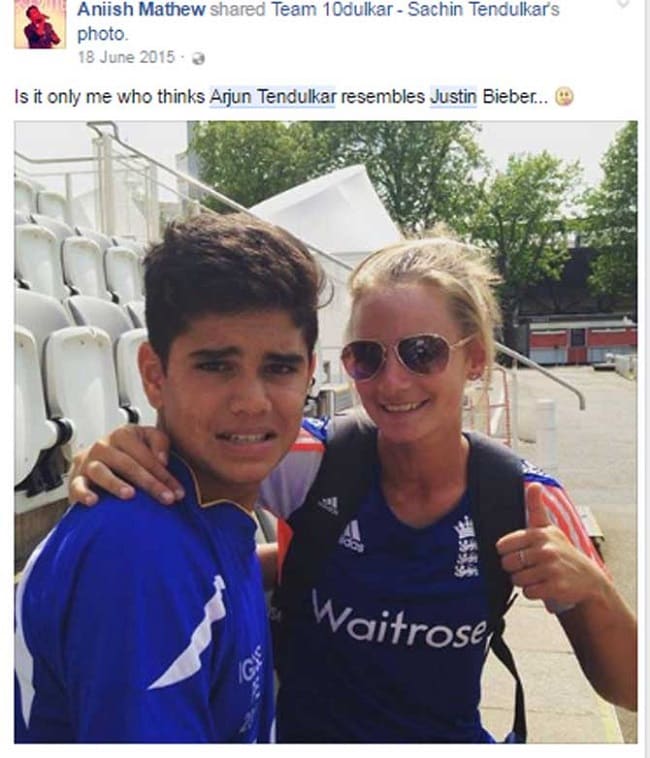