Two Sri Lankan women found themselves being cyber-bullied and body-shamed after pictures of them dressed as Wonder Woman went viral. But then, people - including many strangers - started taking on the trolls. 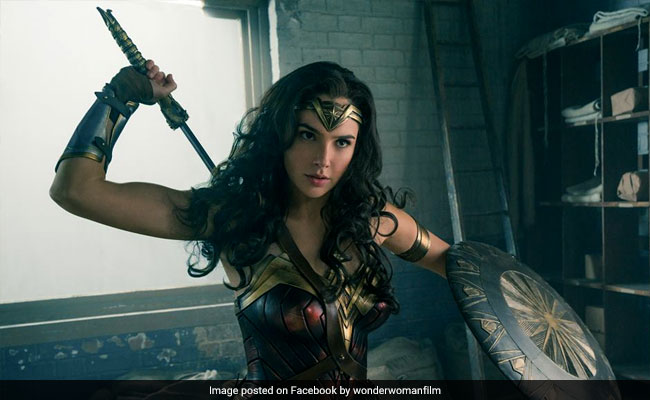 Gal Gadot, who played Wonder Woman, tweeted her support for the Sri Lankan women who were trolled online

For days, two women from Sri Lanka were relentlessly "ridiculed" on social media for cosplaying as Wonder Woman. Photographs of the two women in character as the Amazonian superhero became the subject of cruel memes. But now, Amaya Suriyapperuma and Seshani Cooray are having the last laugh. Hollywood actor Gal Gadot, who starred as Wonder Woman in the recent film adaptation, tweeted her support for the women, writing they looked "amazing."

Ms Suriyapperuma tells BBC News she was "shocked" at negative reactions the photos initially generated. "I was genuinely baffled at why these people would spend their valuable time hating someone they don't even know," she says.

The women found themselves being cyber-bullied and body-shamed. But then, people - including many strangers - started taking on the trolls.

One even tweeted an image of the two women attending Lanka Comic Con, held in Colombo last weekend. Twitter user @Pasan_Mathisha encouraged others to retweet the image, rallying the Internet behind the women.

These women cosplayed Wonder Woman at Sri Lanka Comic Con, and now being rediculed on social media. RT if you think they look amazing! pic.twitter.com/0uq5NOsLAI

In four days, the image of the two women dressed as the DC Comics heroine has been retweeted over 42,500 times and 'liked' over 60,000 times.

Promoted
Listen to the latest songs, only on JioSaavn.com
And the viral tweet has the attention of Wonder Woman herself. "Looking amazing ladies," tweeted Ms Gadot earlier this morning.

"You're the real thing...You made us all proud," tweeted Wonder Woman director Patty Jenkins.

The look so great, strong and beautiful!!! Such amazing work and costumes. @GalGadothttps://t.co/RqjbOd8bDb

You're the real thing. Out there representing with honor and a great spirit. A real amazon. You made us all proud. Thank you ! @GalGadothttps://t.co/61oSbwv4xg

Both young women tweeted their thanks for the support:

@GalGadot  THANK YOU SO MUCH this means the world to us

Omg @GalGadot THIS IS AMAZING https://t.co/NHmj9QKPKt

"Amaya and I were very upset and all we could do was report against those social media pages. But we also never expected to receive so much support and for that we are grateful," Ms Cooray tells NewsIn.Asia.

Ms Suriyapperuma tells BBC that, in a way, she's glad the pictures went viral. "If we didn't get this much coverage this would've been just another case of cyberbullying...But now everyone knows it and thus we have opened a very important conversation about bullying and body-shaming."Click for more trending news