Adam Levine Meets the Girl Left Heartbroken Over His Marriage 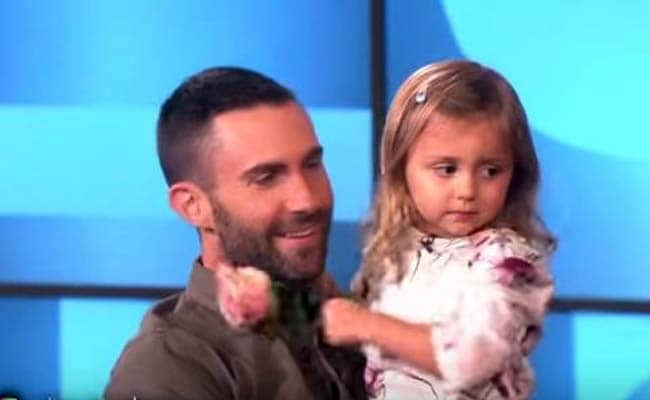 Mila, was left heartbroken when she came to know about the marriage of Levine, 36. Image courtesy: YouTube/TheEllenShow

Los Angeles: Maroon 5 frontman Adam Levine gave his 3-year-old fan Mila the biggest surprise when he appeared on "The Ellen DeGeneres Show", where the little girl and her mom Emily made an appearance.

Mila, was left heartbroken when she came to know about the marriage of Levine, 36.

A video showing her breaking down in tears, when she came to know the singer is married, became viral earlier this month.

During the show, host Ellen DeGeneres gave Mila an outfit with a lot of pictures of Adam and the words "Mila Adam 4Eva," reported Aceshowbiz.

The host revealed she had another gift for the little one and Adam then walked to the stage with rose for her.

Adam carried her but she looked shy and tried to get back to her mother's arms.

"It's a lot to meet the love of your life all of a sudden," Ellen said of her shy reaction.

Responding to the viral video, "She will be loved" singer said, "It was kind of heartbreaking but it was so unbelievably cute. Every single person that I know - in my entire life - sent it to me."