The matter was reported to the police on Friday night from Kudi Khera village in Badalpur area, a senior official said. 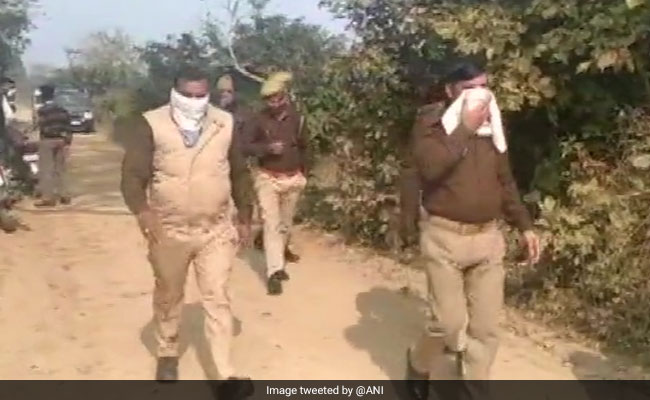 The body of an woman was found in the canal near Rajatpur drain, police said. (Representational image)

A dead body was found inside a house where a fire broke out in Uttar Pradesh's Greater Noida, police said on Saturday.

The matter was reported to the police on Friday night from Kudi Khera village in Badalpur area, a senior official said.

"The house is located in a farmland and it was on fire. When the police team reached the spot on being alerted about it, they broke open the door and went inside the house to find a partially-burnt body there," Deputy Commissioner of Police, Central Noida, Harish Chander said.

Police and forensic teams have taken up investigation in the case and are working on establishing the identity of the dead person and cause of the fire, Mr Chander said.

In a separate incident, the dead body of an unidentified woman was found in a canal in Badalpur area on Saturday morning, the police said.

The body was found in the canal near Rajatpur drain and was sent for post-mortem, Badalpur SHO Pathneesh Kumar said.

Further proceedings in both the cases were underway, Mr Kumar added.